End fuel crisis once and for all

Source: End fuel crisis once and for all | Daily News 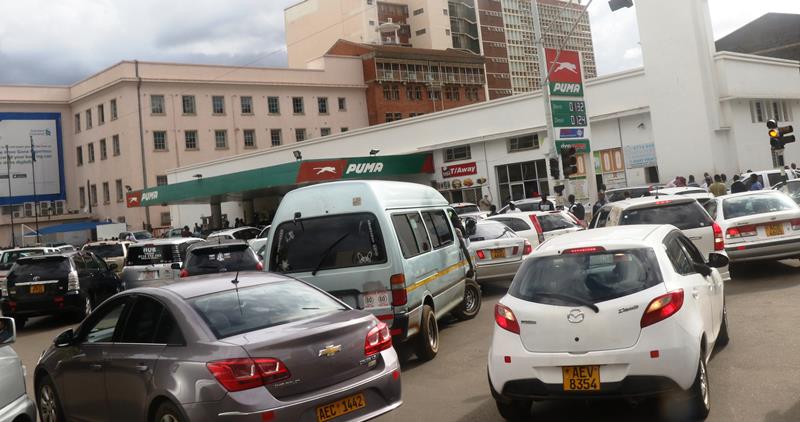 THERE is an urgent need for President Emmerson Mnangagwa and his Cabinet to deal with the fuel shortages that have once again hit the country. There have been long queues of vehicles since last week at virtually all filling stations.

Resultantly, public transport has been affected, leaving the travelling public stranded for long hours. Other operators are capitalising on commuters’ desperation by hiking their fares at a time when the majority of Zimbabweans are struggling to make ends meet.

Commuter omnibus fares have been pegged at a minimum $1,50 RTGS for the shortest routes, which a lot of people cannot afford.
This has become a nightmare for long-suffering Zimbabweans whose disposable incomes have been drastically eroded after decades of economic mismanagement by the ruling Zanu PF regime.

The president has been on record calling all Zimbabweans to leave politics behind and work hard so as to revive the country’s economy.
While it is every citizen’s wish to oblige to the president’s call, is it not a stinking embarrassment for the ruling elite to see queues stretching for kilometres being the order of the day at filling stations?

What economic growth would we expect when all the productive people are spending thousands of productive hours in fuel queues? How do people move their goods and services to the market without fuel? This country has for years been struggling with fuel shortages with the chief culprits being the shortage of foreign currency, which is a result of corruption, mismanagement and policy inconsistencies at government level.

To president Mnangagwa, Cabinet and your recently-appointed advisors, it is your duty and responsibility to provide the answers to this ever-recurring crisis. More so, create a favourable atmosphere that enables various economic sectors to generate enough foreign currency to meet the country’s requirements.

We thought the massive January 150 percent fuel price hike would solve the crisis for good but this has turned to be nothing but solving a problem with another problem which resulted in security nightmare as people responded angrily by demonstrating against the move.

This fuel crisis is yet another indication of Mnangagwa’s tiredness in addressing the issue of fuel and other critical issues like currency reforms that have caused chaos in the economy.
Yes President Mnangagwa you have constantly called on Zimbabweans to be patient. But for how long?