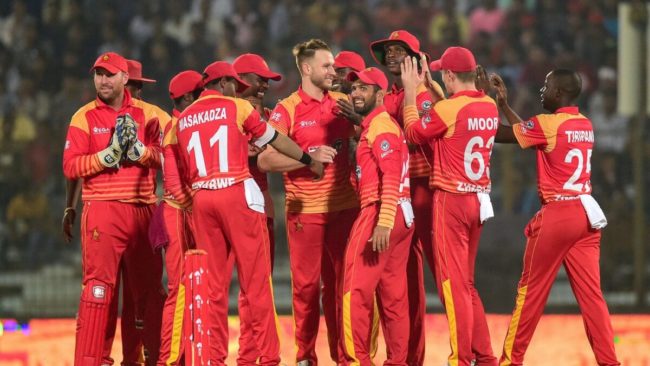 For the first time in more than two decades, Zimbabwe Cricket (ZC) will host two English County sides in a development that signals normalisation of relations between England and Zimbabwe cricket.

England has not toured Zimbabwe since 2004 while Zimbabwe last visited UK in 2003 before the England Cricket Board officially cut ties with ZC in 2008.

The only time the two countries have played each other since 2004, in any format, was in the 2007 World T20 finals in South Africa when they were drawn in the same pool.

Yesterday, ZC released a statement confirming the two sides’ tours after the story first appeared in our sister paper The Standard.

With Scotland also set to tour Zimbabwe in the next few months, the developments point towards England finally working on lifting its cricket sanctions on Zimbabwe.

Zimbabwe’s failure to host England, who are one of the cash cows of international cricket, has exacerbated their financial problems.

Having accepted ZC’s invitation, Derbyshire and Durham will play across three formats in matches against local select opposition in Bulawayo and Harare respectively.

The last county team to officially visit Zimbabwe was Worcestershire in March-April 1997.
Led by former Zimbabwe captain and coach Dave Houghton, who is their head of cricket, Derbyshire will be touring the country for the first time and will face a Zimbabwe Select side in two T20 matches, two 50-over games and two three-day fixtures at Queens Sports Club in Bulawayo.

Durham, who toured Zimbabwe in the 1991/92 season, will play two three-day matches versus the Chairman’s XI at Harare Sports Club in the capital.

ZC director of cricket Hamilton Masakadza hailed the county tours as a massive boost for the game in Zimbabwe.

“We are thrilled to be hosting Derbyshire and Durham. The magnitude and importance of their visit cannot be overemphasised,” he said.

“While our players will learn big lessons and gain invaluable experience from playing against such top opposition, we believe this marks the beginning of a new chapter that will hopefully see more English county teams touring Zimbabwe as that will go a long way in preparing our players for the rigours of high-level and international cricket.”