Epworth residents turn to ‘Pool of Death’ for water 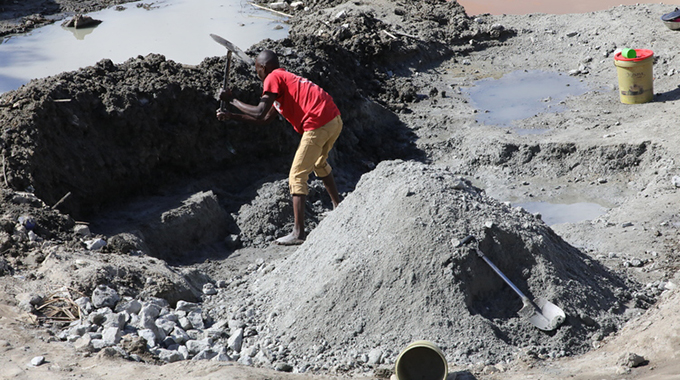 HARD-PRESSED Epworth residents, a dormitory town 15km east of Harare, have turned to the heavily contaminated “Pool of Death” for water as they have no other choice after being let down for several years by the local authority.

Formed from a disused quarry mine, whose limpid and translucent waters have claimed many lives — earning itself the evil sobriquet — the water body although it exudes an aura of death, now sustains thousands of families in this sprawling settlement.

The name, Pool of Death, was derived from several bodies found floating on top of the water body — some of them murder victims while others drowned while fishing.

So dire is the situation that many people are now drinking water from the pool, risking contracting water-borne diseases such as cholera, typhoid and dysentery.

“Despite my age, I have to come to the dam and fetch water and wash clothes because I fear if I send my grandchildren they may drown. The dam has claimed so many lives,” said an elderly woman only identified as Gogo Tomu.

“We use this water to wash clothes, clean our plates and sometimes children end up drinking it. We are putting our health to risk, but this is the only reliable source of water we have and we have no choice,” she said.

Another elderly woman, Rudo James Mutaurwa said: “Our wells have dried up and those who still have water, they are selling it. We can not afford, so we use the water from this quarry dam.”

Simon Mazambara pleaded for more boreholes in the area. He said with the persisting water challenges, Epworth was sitting on a ticking health time bomb.

ZimRights Harare provincial chairperson, Sarah Njanji, said while the communities were aware of the risks associated with drinking water from unprotected sources, they had no choice since authorities had failed to provide clean water to the residents.

Epworth lags behind in terms of the provision of basic services such as roads, clean water, and sewer systems.

Zimbabwe has not honoured its commitment to citizens’ rights to water and sanitation, despite being a signatory to the International Covenant on Economic, Social and Cultural Rights where signatories are bound to provide affordable, acceptable and quality potable water.

Section 77 of the Constitution states: “Every person has a right to safe, clean and potable water and the State must take reasonable legislative and other measures, within the limits of the resources available to it, to achieve the progressive realisation of this right.”

In 2008, over 5 000 people succumbed to cholera countrywide, with Harare’s Budiriro high-density suburb as the epicentre.

Several cities and towns have continued to record sporadic outbreaks of water-borne diseases, with Bulawayo being the latest.