EU gives ED fresh chance. . . as it grants him stay of execution over sanctions 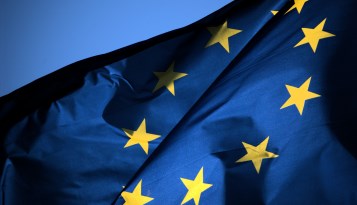 In a rare piece of good news for President Emmerson Mnangagwa and his under pressure administration, he has been given a stay of execution by the European Union (EU), whose Parliament had proposed tough sanctions against him and many of his key lieutenants.

Sources close to the EU told the Daily News yesterday that it was hoped that the temporary reprieve would nudge Harare towards “embracing democratic norms fully”, while giving Mnangagwa a fresh chance to mend Zimbabwe’s broken relations with the West.

This comes after a meeting of EU foreign affairs ministers decided against imposing sanctions on Mnangagwa and other government bigwigs over a recent crackdown by security forces against protesters, rights groups and opposition officials.

However, the EU warned that although it had not taken on board its Parliament’s recommendations, for now, it would not hesitate to slap the 76-year-old Zanu PF leader and his key allies with sanctions if there were further human rights breaches in the country.

Other officials still on the European sanctions are Agriculture minister Perrance Shiri and the commander of the Defence Forces, Phillip Valerio Sibanda.

“This decision was taken in light of our objective to encourage the rule of law as set out in Zimbabwe’s Constitution.

“We have seen a crackdown against demonstrators in January and the disproportionate use of force by the authorities, that called into question this commitment.

“The key question is to understand whether the old system has been dismantled … or it remains in place under a different leadership.

“All decisions on listings, including new listings, can be swiftly adopted if the situation requires it. We are monitoring the situation very closely and stand ready to adjust our decision,” EU spokesperson, Federica Mogherini, said.

Local analyts also told the Daily News yesterday that the EU’s decision to forgo the chance to impose sanctions on Mnangagwa and other senior government officials was a deliberate move to give the Zanu PF leader “the last opportunity” to prove that he had “finally broken with Mugabe’s past”.

This was more so as most Zimbabweans were bracing for more pain from the West, following last week’s lobbying by the EU Parliament which proposed a fresh round of punitive sanctions against Mnangagwa and his government, in the wake of the recent vicious crackdown against civilians by security forces.

It was also particularly so after the United Kingdom (UK) — which had until recently worked tirelessly to help Zimbabwe end decades of its frosty relations with Western powers — said it was no longer willing to support Harare because of the alleged human rights violations.

UK minister for Africa, Harriett Baldwin, had warned that they were mulling widening the sanctions against Mnangagwa’s government to include high-ranking military officials — in a move which was widely seen as dashing any last remaining hopes for the renewal of ties between Harare and London.

“The process of rolling up the EU sanctions has come up and the UK has been arguing that it is not yet time for us to allow those to expire.

“And I think since the recent developments … we think there might be a case for widening it to include further individuals.

“We have been aware that the president has said that heads will roll, we haven’t seen any specific heads rolling, but that might be a good example of the kinds of people who could then be further extended and we could include in the sanctions regime,” Baldwin said.

Upon his inauguration, Mnangagwa promised sweeping political and economic reforms as part of his endeavours to end Zimbabwe’s decades of frosty relations with Western governments and investors.

He was, at the time, credited with ensuring that the country’s build-up to last year’s polls was arguably its most peaceful since Zimbabwe’s independence from Britain in 1980.

Political analysts have since said the post-July 30 election shootings, and the latest round of deaths from the January riots — as well as the vicious clampdown of dissenting voices in the country — had dented Mnangagwa’s image significantly, in addition to harming his chances of getting financial support from the West.

Academic Admire Mare said yesterday that the EU’s decision was a sign that Western countries believed Mnangagwa could still live up to his earlier promises, even though there were many contradictions in his government.

“Indeed, the latest stance by the EU shows that the door is still open for the ED government to mend its relations with the European regional bloc.

“However, it may also signal the fact that the body didn’t want to make a rushed decision before consulting with officials on the ground.

“It must demonstrate tolerance and democratic ideals synonymous with handling protest actions.

“There is still hope that national dialogue can help the country mend its relations with its erstwhile ‘enemies’. As they say, a day is too long in politics,” he added.

Another political analyst, Piers Pigou, said the EU had given Mnangagwa and his government a second “bite of the cherry” and this time it was incumbent that Harare “steps up to the plate”.

“The EU had an opportunity to resuscitate sanctions or restrictive measures on several Cabinet members and Mnangagwa himself, but they have decided not to do so and simply roll over current sanctions.

“I think the EU has taken a pragmatic decision in which they do not want to be seen to be further isolating the Zimbabwean government.

“I think this puts the onus and responsibility on the Zimbabwean government with respect to its re-engagement reform strategy … particularly in the light of the political violations that we have seen in the last month or so.

“I think all eyes will be on Mnangagwa. The ball is in his own court,” Pigou told the Daily News.

Zimbabwe is in the middle of a huge economic crisis which was summed up by last month’s riots which left at least 20 people dead and hundreds others seriously injured when protesters clashed with security forces.

All this also comes as Mnangagwa and opposition leader Nelson Chamisa are seized with the growing calls by the church and other key stakeholders for the country’s political leaders to end their long-running feuds in the interest of the nation.

Teachers are Not on Strike but Gvt has Incapacitated them

MRP leader fears for his life

No to govt bullying: Teachers