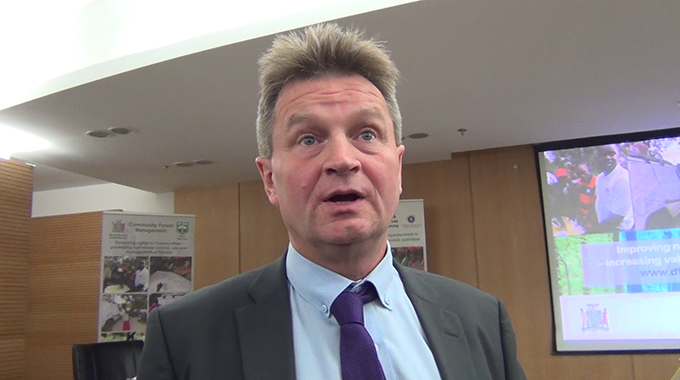 Addressing journalists in Harare yesterday, EU Ambassador to Zimbabwe Timo Olkkonen said the funding was part of a larger support package of over US$24,5 million, with the rest going to support Eswatini, Madagascar, Lesotho and Zambia.

“The funding comes as large parts of the country and the wider region of Southern Africa are in the grip of the harshest drought in decades,” he said.

The aid package for the region was announced in Brussels recently by the EU Commissioner for Crisis Management Janez Lenarcic who said: “Many poor households in drought-affected areas in Southern African countries are struggling to have enough food due to crop failure, reduced access to water and, in some places, unaffordable food prices in markets.

“EU humanitarian aid will help deliver food to those most in need and tackle the hunger crisis in fragile rural communities.”

Ambassador Olkkonen said the region, and the area bordering the Indian Ocean as a whole, was prone to natural disasters and oscillates between droughts and floods that were destroying harvests and further weakening communities.

“Since January 2019, the EU has allocated a total of 76,95 million (approximately US$75,75 million) for humanitarian assistance across the region,” he said.

“The bulk of this funding went for emergency relief assistance in the wake of natural disasters (Cyclones Idai and Kenneth), food assistance and helping at risk communities equip themselves better to face climate-related disasters.”

“As many as 12 million people in the region are at risk of hunger because of extended periods of below-average rainfall, interspersed with floods, on top of the economic challenges that some countries in the region are grappling with,” he said.

Ambassador Olkkonen, who addressed the Press conference in the presence of head of unit East and Southern Africa Ms Dominique Albert, said an EU delegation visited Mbire on Tuesday and then Epworth on Wednesday to assess all aspects of humanitarian assistance.

He met Local Government and Public Works Minister July Moyo on Wednesday to exchange views and notes on humanitarian assistance.

In November, the second session of the Zimbabwe-EU dialogue was held in Harare, with the bloc pledging to consider increased financial assistance to Zimbabwe this year in light of reforms being implemented by the Government.