A FORMER employee of OK Zimbabwe, Sifelani Makaita Gomo, has accused her former employer’s lawyer of misrepresenting facts at the Supreme Court to get a favourable judgment, 15 years after her dismissal from
work. 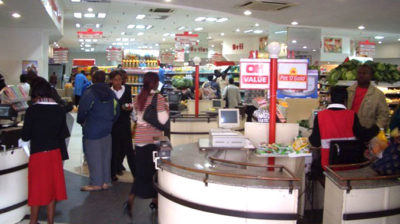 Gomo was employed by OK Zimbabwe before she was dismissed from work in 2005 over allegations of gross incompetence.
She challenged the dismissal in a legal battle that took three years and ended at the Supreme Court, which upheld the dismissal in 2008.

But Gomo, 12 years later, wrote a letter to the Law Society of Zimbabwe (LSZ), accusing OK Zimbabwe lawyers Wintertons Legal Practitioners of bias, claiming she had discovered that they filed documents in a way aimed at misleading the court.

Gomo said Andrew Mugandiwa of Wintertons misled the court by filing the documents upside down the chronological order to mislead the court.

“When my then lawyer filed his heads of arguments, he wrote it in the chronology order and he was naturally quoting the pages of the documents he was referring to in his argument. Mugandiwa, after being granted leave to appeal, then turned the file upside down,” Gomo said.

“I wrote a detailed response to his leave to appeal also quoting the pages as they were in the labour court file. Mugandiwa went on to remove some critical documents I was referring to, like the charge sheet used to dismiss me and some other important documents.

“He also changed the numbering of the pages to suit his agenda and rearranged the documents in such a way that the charge sheet that was dropped and the minutes of the hearing that was nullified are the ones filed at the end of the file to give the impression that they were raised last.”

Gomo said after that, Mugandiwa removed the charge sheet for which she was dismissed, thereby misleading the court.

“The Supreme Court judges hence found me guilty of charges that were presented before them and not what I was dismissed for because the correct charge sheet had been removed,” she said.

“If the file had been left intact, it would have made it easier for the judges to cross-check the arguments presented by my former lawyer which are still in the file.”

Gomo was dismissed for gross incompetence after she missed sales target by 4%.

She said she surpassed the profit target by 239%, but got a warning three months later.

“I had missed sales target by 4% (it’s written on the warning), but surpassed the profit target by 239%, but I got a warning three months later when my bosses decided to start building a case against me.

“The disciplinary committee even commended that performance, but Mugandiwa put a decimal comma between the figures, making it read 2,39% above profit target. This was still an excellent performance, but it was manipulated to mislead the court.”

The LSZ confirmed receipt of Gomo’s complaint, but Mugandiwa refused to comment.

However, a source familiar with the issue claimed Mugandiwa represented OK well, but was not part of the internal disciplinary measures against Gomo, who was represented by another law firm.

The source said Gomo had an opportunity to notify the Supreme Court that the papers had been tampered with on September 15, 2008 and that the court could not have proceeded with the case without a charge
sheet.

If Gomo had a copy of the appeal record when the appeal was argued before the court, she, therefore, had an opportunity to advise the court that the record had been changed, the sources queried.