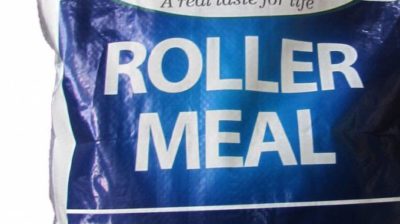 A FORMER Silo Foods Industries sales representative is facing a charge of defrauding her employer of subsidised mealie-meal worth $61 454 which she allegedly diverted to the black market.

Buhle Dube (33) of Kensington, Bulawayo, was not asked to plead to the charges when she appeared before Bulawayo magistrate Adelaide Mbeure on Thursday.

She was granted $500 bail and ordered to report twice a week at Bulawayo Central Police Station, surrender her passport, continue residing at given residential place and not to interfere with State witnesses.

She was remanded to April 2.

The court was told that in November 2019, President Emmerson Mnangagwa made an announcement that subsidies on maize meal had been restored to cushion vulnerable groups from unwarranted increases in basic food prices.

The Grain Marketing Board (GMB) availed 40 000 tonnes of maize to Grain Millers Association of Zimbabwe members for the production of 32 000 tonnes of roller meal which was to be sold to the general populace at a subsidised price of $50 per 10kg pocket.

It is alleged that Dube, acting in common purpose with Stanley Chimatira, a former manager for Belmont Silo Food Industries and Samkeliso Nyathi, a former sales representative for the company hatched a plan to divert subsidised roller meal to the black market using Dube’s unlimited credit facility account.

On January 10, Dube and her accomplices misrepresented facts to Silo Foods Industries that Queen Elizabeth Primary School had purchased 5 000kg of subsidised roller meal worth $19 636.

Nyathi generated a receipt under Queen Elizabeth Primary School for 5 000kg unbranded subsidised roller meal, which they then allegedly channelled to the black market.

Investigations established that the payment for 5 000kg was made to Silo Food through local money transfer system by Doctor Scholtz using his CABS Bank account and the subsidised roller meal did not go to the school.

In the second count, it is alleged that on November 25, 2019, Dube connived with Chimatira to show favour to Awande General Dealer and corruptly issued 10 000kg of unbranded subsidised roller meal worth $41 818.

Dube’s actions were contrary to a circular issued by the GMB which restricted the sale of unbranded 50kg of subsided roller meal to retailers, but were to be used at State institutions, schools and private end users only.

Investigations established that Dube used her credit facility account for the transaction.

Nyathi also appeared in court charged with fraud which she committed with Dube in the first count. They were remanded to April 2.