AN ex-soldier cornered by armed robbers gave his attackers a hard time and caused the arrest of one of the suspects despite losing his money. 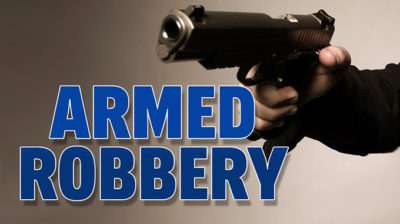 Dogeni Patsika (44), a retired military instructor, was stabbed with a knife part of which is still lodged in his head, but has lived to tell his story.

“I can confirm that there was such an incident. Police are following leads and the possibility of other arrests is there,” he said.

NewsDay visited Patsika in hospital where he narrated his real life tale which fits for an episode in Jack Bauer (Kiefer Sutherland)’s 24 Hour action series where at times Bauer defeated entire battalions.

Juliet lives at the same house with Patsika in Chiredzi, but also has a house in Beitbridge.

Patsika’s assistant for the best part of the journey from Chiredzi slept in the minibus.

“Juliet had a child and being someone I knew from a house we rented in Chiredzi, I gave her my number in case she faced transport problems in Beitbridge,” Patsika narrated his ordeal from a hospital bed.

After 30 minutes, Juliet called requesting to be taken home, having failed to get transport.

Unsuspecting, Patsika drove back, picked Juliet and took her home.

Unbeknown to Patsika, Juliet was allegedly communicating with gang members who trailed and pounced on him just as he parked at Mashavira shops, Sitauze suburb.

One of the robbers approached him and asked to search the car after producing what appeared to be a Zimbabwe Republic Police identity card.

“They said they had information that I had illegal cargo, so I complied,” he said.

Two of the three “cops” got onto the car and one headed straight to the seat where his assistant slept and pulled from under the seat a T-shirt with which Patsika wrapped his cash.

“He threw the T-shirt away, put the cash in my bag, produced and cocked a 9mm pistol,” he said.

Patsika could tell the firearm was empty and he jumped out of the van to fight back.

The robbers took to their heels with Patsika in hot pursuit.

As he was about to catch the one with his bag, the robber threw it to his colleague. Patsika ran after the one who ran into a house with a perimeter wall.

The robber turned towards Patsika and stabbed him on the head and back.

“I picked a stone and smashed it on his head stunning him instantly and he sat with his back on the wall, immobilised.”

Patsika’s assistant arrived and was instructed to hit the robber on the knees and secure him with his belt with the help of the owners of the house, as the former bled profusely.

They took the suspect to the police station from where Patsika said he was taken to Beitbridge Hospital. He was, however, transferred to Bulawayo for the removal of the blade’s tip.

He said police linked Juliet to the suspected robber through messages detailing Patsika’s trip and position of bag retrieved from the suspect’s phones.