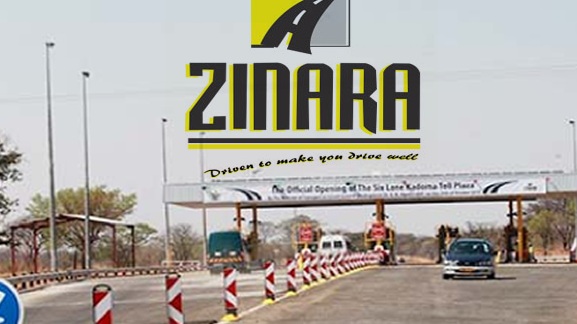 Former Zimbabwe National Road Administration (Zinara) board chairperson Albert Mugabe was hauled before the courts yesterday for allegedly approving a $300 000 loan facility without the organisation’s approval.

Albert Mugabe, 41, appeared before Harare provincial magistrate Vongai Muchuchuti charged with criminal abuse of duty as a public officer. He was released on $500 bail and ordered to surrender his passport, continue residing at his current address, not interfere with witnesses and report once a week at Highlands Police Station.

The matter was remanded to April 11 pending finalisation of investigation.

The complainant is Zinara represented by Wilfred Ramwi, the acting board chairperson.
Prosecutor Sabastian Mutizirwa alleged that on March 30, 2017 the Zinara human resources committee deliberated through a round robin resolution the acquisition of a mortgage loan from CBZ Bank in respect of the chief executive officer, Nancy Chamisa Masiyiwa.

The court heard that the six-member committee unanimously resolved to recommend to Zinara board for approval to secure a mortgage loan scheme not exceeding $300 000 with CBZ Bank for housing loan benefit as per the human resources policy manual.

It is alleged that on April 5, 2017 Mugabe wrote a letter of undertaking for the mortgage loan to CBZ advising that Zinara board had authorised Masiyiwa to enter the housing loan scheme.
According to State papers Mugabe further stated that Zinara would pay off the mortgage if Masiyiwa’s contract was to expire.

However, the court heard, Zinara board had not approved the arrangement and on April 11, Mugabe wrote another letter to CBZ advising that the Zinara board had agreed to set off the loan if Masiyiwa accrued arrears and upon termination of her employment contract.

Mugabe reportedly did so knowing that Zinara had not authorised such an arrangement.
On April 20, CBZ approved the $300 000 loan facility for Masiyiwa on the strength of false letters manufactured by Mugabe.