Exams likely to spill into January 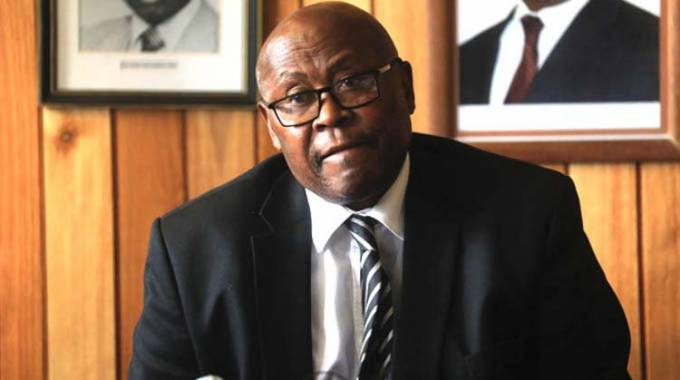 Debra Matabvu
GOVERNMENT will this week announce the date when schools will reopen following an assessment done by the Ministry of Primary and Secondary Education on their preparedness to reopen under new conditions and health protocols.

Schools are likely to open in September, while public examinations would take place in December and January.

Exam dates will only be announced after the date schools will reopen has been determined.

Primary and Secondary Education Minister Ambassador Cain Mathema told The Sunday Mail that consultations on the new term were ongoing.

“The Ministry of Primary and Secondary Education got approval from Cabinet to start preparing for public examinations,” he said.

“We are using experience from the June 2020 examinations, which went on well as there was no Covid-19 case that was detected. Our teams from the ministry are now consulting both private, public schools, as well as parents on the reopening of schools. We are meeting teachers’ unions to consult on the dates. Later next week (this week), we will announce the dates of reopening of schools. However, we will be opening strictly for examinations.”

“Schools are likely to be opened in September and the announcement is probably to be made next week (this week),” he said.

“So, after they have made the announcement, we will then meet with the Ministry (of Primary and Secondary Education) and finalise how learners should catch up. Our thinking is examinations can start in December and overlap into January 2021.

“The Grade Seven examinations will be the first examinations since we are now through with preparing for them.”

Some teachers’ unions believe that it would be prudent for learners to write exams in February next year.

“Government has been having consultations with school heads and conducting online surveys around the country on the preparedness of schools.

“We made a two-part proposal to Government for schools to be opened in September or October this year, then schools close in December; then we open early next year, with national examinations written in mid-February to March. Then instead of having three terms, we have two terms,” he said.

“The other proposal is to have schools open in September or October and then we have a crash programme this year.

Educationist Dr Cephas Nziramasanga said although students had already lost a lot of learning time, it was important for them to have in-person classes for at least three months.  He, however, said there was need for Government to seriously consider continuous assessment as part of the learning system.

“Students have already lost over five months of learning, so they need about three months with the teachers before sitting for the exams,” he said.

“Learning is done when student and teacher meet physically; that is why I do think online learning is fictitious and, besides, the majority of students do not have access to online learning.  So there is need for students to have time with the teachers before sitting for the exams.

“However, going forward Government should adopt continuous assessment, which was recommended in the Nziramasanga commission (of inquiry).

“It is a system that enables students to be tested while learning and this exerts less pressure on final examinations and would come in extremely handy in such situations.

“We have a lot of intelligent students that have been lost through final examinations.”

Continuous assessments are part of the recommendations of the 1999 Commission of Inquiry on Education and Training.

Reopening schools has been a contentious subject around the world as the threat posed by the coronavirus pandemic still looms.

South Africa recently reopened schools. However, teachers’ unions have been calling for their closure owing to rising Covid-19 cases.

The Kenyan government recently resolved to close schools until January 2021, while final-year exams — usually taken in October and November – were cancelled.