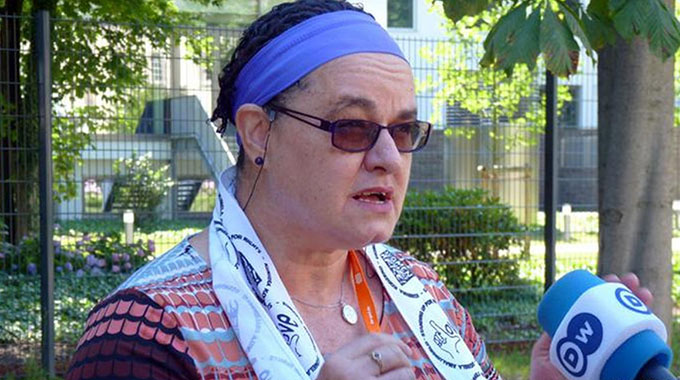 Bulawayo Bureau
Government will start exhuming and reburying victims of the post-independence disturbances commonly referred to as Gukurahundi next month as part of multiple initiatives to promote healing and closure.

The recommendations were part of the third high-level meeting between President Mnangagwa and civil society groups under the banner of Matabeleland Collective at State House here yesterday.

President Mnangagwa has lived to his promise to address and openly discuss issues and challenges surrounding the unrest that happened in the 1980s in order to promote national healing and development.

The President had previously held a meeting with chiefs from the Matabeleland region on the same issue. Emerging from the State House meeting yesterday, Matabeleland Collective chairperson Ms Jenni Williams said they were happy that finally what was initially a draft proposal on paper will now be operationalised and help bring closure to Gukurahundi victims. “This meeting was called so that we discuss the implementation matrix of our programme to address the challenges of the victims, which include issues to do with exhumation and issuance of birth and death certificates. We are ecstatic that the President has reaffirmed his commitment to these programmes as we start implementing them.

“I must, therefore, assure people in the various communities that we will be now coming to them to both engage and implement these programmes,” said Ms Williams.

These developments are in line with the New Dispensation’s thrust of collective engagement towards development.

In his previous meetings, President Mnangagwa has hailed the interactions.

Yesterday, he held a closed-door meeting focusing on water problems in the city with a delegation from the Bulawayo City Council led by Mayor Councillor Solomon Mguni.

Apart from the issue of Gukurahundi, President Mnangagwa has expressed the need to address developmental challenges in the Matabeleland region.