Experts set up body to push for safer smoking 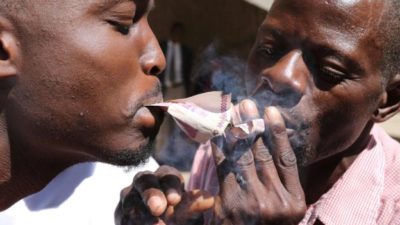 A new international association has been formed to advocate for science-based ways of reducing the harm caused by tobacco smoking.

The International Association on Smoking Control and Harm Reduction (SCOHRE), formed virtually last week at the end of the Third Scientific Summit on Tobacco Harm Reduction, will provide stakeholders with science-based information on the effects of nicotine, an addictive substance often blamed for smoking related mortality.

A group of scientists, medical doctors, policy experts, behavioural experts, academics and other professionals from 21 countries across the globe attended the two day summit on September 24 and 25 that endorsed the new association.

The summit noted the innovative approaches towards potentially safer alternatives to cigarettes for people resisting giving up smoking.

This follows the launch of a new product, IQOS, by tobacco giant, Philip Morris International (PMI) that reduces risks of tobacco smoking and allows for smokeless consumption.

PMI’s innovation has been described as a ray of light for African countries that rely on tobacco as the mainstay for their economies such as Zimbabwe and Malawi.

The innovation was acknowledged by the US Food and Drug Administration (FDA) who in July gave PMI the greenlight to market its IQOS in America.

While PMI cannot claim that this product is safe, according to the FDA approval, other countries and public health organisations have supported its research and innovation.

According to the summit, information presented by members on the international health situation regarding cigarettes and high rates of tobacco related diseases, there is need for urgent action.

“Despite knowing the harmful health effects of smoking for decades, still more than one billion people globally smoke and more than seven million die prematurely every year from smoking-related disease…,” part of the statement released by the summit after the formation of SCOHRE read.

“We believe that smoking control strategies should be reshaped to include harm reduction through alternative potentially lower risk products use, besides the traditional smoking cessation and smoking prevention measures.”

Despite the obvious advancements, the association said, tobacco harm reduction advocates were still facing a lot of resistance from key organisations, including policy and regulatory entities.

“We need to find a way of establishing a constructive dialogue to discuss concerns and challenges,” the association added.

SCOHRE will provide scientific evidence, including sharing and publicising the latest scientific data, identifying research gaps, independent verification of the industry data as well as focus on understanding the needs of smokers and those who want to quit smoking, as well as how to effectively help those who are not willing to quit.

It was recommended that dialogue with policy experts and regulators at international, European Union and national levels will be established.

“Harm reduction can help those who are not able to quit smoking,” the experts said.

“This group of smokers should not be abandoned by tobacco control policies.

“Where cessation repeatedly fails, switching to less harmful products will have a positive effect for many smokers.”