Source: Failure of the govt to protect citizens | Theindependent (Zimbabwe) 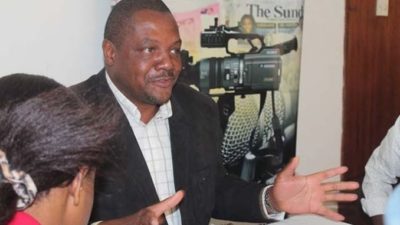 IT is now abundantly evident that the government has largely failed to protect the citizenry, and rather is placing citizens in situations of increased rather than decreased risk. The health system has all but collapsed, the economy is in the emergency room, the number of citizens at risk of food insecurity is increasing by a magnitude, and the rule of law, human rights and constitutionalism violated with increased impunity. There is no national disaster strategy of any meaningful consequence, with the military government concerned only with social discontent and unrest.

Firstly, all of this is caused by the unconstitutional interference by the military in civilian affairs. This is leading to the collapse of the civilian state and the inability to deal with the most serious crisis that Zimbabwe has faced since Independence. The country requires a national disaster strategy not another command strategy: it requires the co-operation of the citizenry, not their coercion.

Secondly, the commandist approach to the crisis has led to abductions, torture and assaults of citizens merely expressing their constitutional rights to object to government’s failure to address their precarious situation. Arresting and incarcerating people in crowded and unhygienic conditions will lead to the spread of Covid-19. This has quite rightly led to an international outcry, and reinforced all the views that Zimbabwe is a pariah state.

Thirdly, the commandist approach is now placing all security force at extreme risk of both contracting and spreading Covid-19. The deployment of virtually the entire army and police to contain peaceful protest demonstrates the fear that the securocrat state has of its own citizens and is recognition that there is no longer any political trust in the state and the government.

Fourthly, it is evident that the events around July 31 show all manner of citizens — black and white, male and female, urban and rural — no longer have any faith in the government. It also demonstrates that the government has no social base any longer, and is wholly reliant on coercion as its means for continuing to govern. This is completely unsustainable, even in the very short-term.

The Platform for Concerned Citizens (PCC) pointed all the risks that would emerge under the Covid-19 pandemic, and how they would build on the existing governance crisis. The PCC reported in a brief report on April 17 following on a threat assessment on April 13.

The major point was for the establishment of a national disaster strategy to deal with eight critical areas:The health and disease prevention system — this has now all but collapsed;

State management capability — all evidence points to a broken state and a critical need for comprehensive reform;Humanitarian crisis — this has worsened considerably, with reliable reports pointing out that the population at risk of food insecurity has risen from seven million to perhaps nine million;
Basic services and supplies sector — basic services are diminishing at a rapid rate and consonant with the broken state;

The security sector — is at the forefront of gross human rights violations, but also has become a serious Covid-19 risk with massive deployment of the security services, becoming both at risk themselves and probable source of serious spread of the virus;

Efforts to Impose self-Isolation and lockdown — this is near-impossible for ordinary, deeply impoverished citizens, and totally dependent for their daily livelihood on informal sector activities;

Attempt to impose enforcement measures — the use of coercion as opposed to seeking the active co-operation of citizens and communities is resulting in increased hardship;

In this context, the resort to coercion and the increase in gross human rights violations is deplorable.

As many civic organisations have pointed for over four years, the only way out of this catastrophe, the “hard landing”, is a political settlement. Speaker after speaker at recent Sapes Policy Dialogues made this point, and stressed the need for talks towards a settlement.

The events of July 31 make it plain that this is now extremely urgent if the country is not to drift from “fragility” into the complete failure of the state.
Ibbo Mandaza and Tony Reeler

Co-conveners of the Platform for Concerned Citizens (PCC).

The post Failure of the govt to protect citizens appeared first on The Zimbabwe Independent.