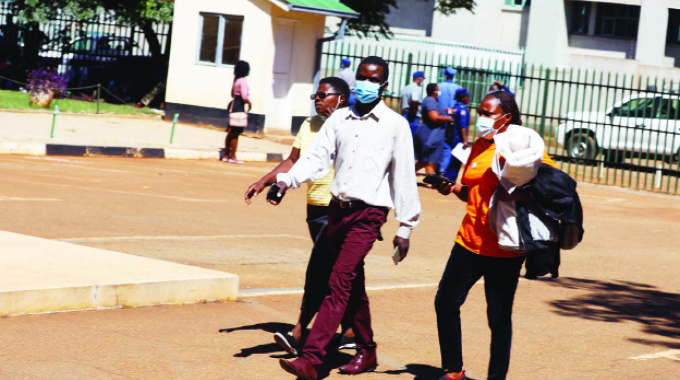 Checks at Chitungwiza’s Seke South Clinic have found 457 Covid-19 vaccination cards are missing as police investigations intensify into a ring that was selling cards, completed with details of vaccine doses, for US$25 each to people who wanted the card without having the jabs first.

So far two members of staff, a pest controller and a nurse aide, have been arrested and have appeared for their remand hearing along with an alleged agent who found customers and brought them to the clinic.

If the accused had sold all the cards, they would have generated US$11 425. There can be some legitimate wastage, cards filled in wrongly and thrown away while the recording nurse fills in details correctly. This in fact happened with the first card an undercover Herald reporter was given, with last year’s dates, and he was given a replacement.

They are being charged with criminal abuse of office as public officers.

Lloyd Chidziva separately appeared on conspiracy to criminal abuse after he was allegedly engaged by Gabrile and Sichori to sell the cards on their behalf for US$25 each. Chidziva is not employed at the clinic.

“We are carrying investigations to unearth the syndicate which is responsible for the missing 457 cards at the clinic, said Insp Manyore.

He thought if the two staff members were released they are likely to interfere with witnesses since they work at the clinic.

“We believe there is a syndicate that is behind all this. They have gone a step ahead to violate Government policy to steal the Covid-19 vaccination cards.”

The State led by Mr Isheanesu Zvidzai told the court that Seke South Clinic set up vaccination teams to vaccinate community members. On February 21, the clinic received 2 000 vaccination cards from Parirenyatwa Group of Hospitals’ Central Vaccines stores, which were to be issued to those willingly vaccinated.

On March 24, Sichori is alleged to have stolen a card from the clinic’s storeroom and handed it to Gabrile to prospect for customers. On the same day, Gabrile engaged Chidziva to look for potential buyers of the vaccination card, which was selling for US$25.

The Herald’s investigative team received information to the effect that Chidziva was selling the cards and approached him pretending to be potential buyers.

Chidziva is alleged to have led The Herald team to Gabrile and they bought the vaccination card in a bid to expose the syndicate. Sichori, Gabrile and Chidziva were arrested on Wednesday, with police having to seek public assitance to track down Gabrile who they failed to find on Tuesday.

The three are expected to return to court tomorrow for their bail ruling.