Fantan, DJ Levels and Dhama out on bail 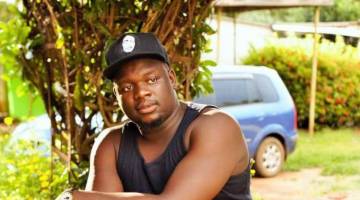 Kamudyariwa, Kadzimwe and Chanachimwe, who were convicted for organising an illegal crossover gig during lockdown at Mbare’s Matapi Flats on New Year’s eve, filed for an appeal against magistrate Vongai Guwuriro’s one-year jail sentence.

They were convicted after their own plea of guilty.

In passing his ruling, Foroma said the trio was not a flight risk.

Fantan, DJ Levels and Dhama were ordered to continue residing at their Mbare residences and to report once every fortnight at Matapi Police Station.

The trio was sentenced to 12 months in prison each, with six months suspended on condition of good behaviour.

In passing the sentence, Guwuriro said she considered that they did not waste the court’s time and pleaded guilty.

The magistrate also said although they had shown remorse by pleading guilty, they had committed a serious offence when they hosted the party during the 10pm to 6am lockdown curfew, hence a fine or community service sentence would trivialise the offence.

Through their lawyers Dumisani Mtombeni and Tafadzwa Hungwe, they had argued that they had no intention of hosting such a big show, but it was planned for online live-streaming.