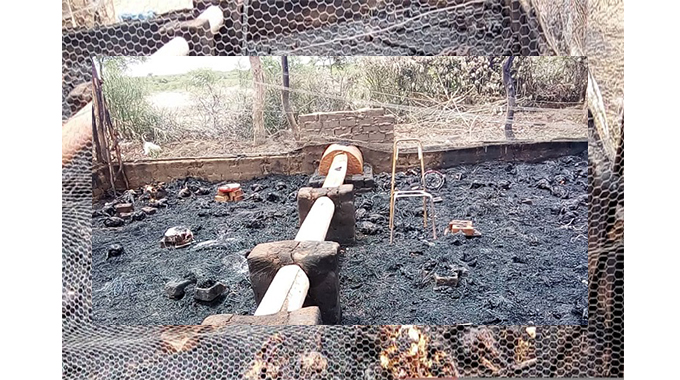 Vusumuzi Dube, Senior Reporter
A Ntabazinduna farmer was left counting her losses when her 1 000 chickens that were due to be delivered to the market, were struck by a bolt of lightning last week.

This comes amid warnings of more violent storms in the Matabeleland region starting tomorrow by the Meteorological Services Department (MSD). Ms Sidumisile Mathe of Mahaja village in Ntabazinduna last Tuesday saw the world crumble in front of her when a lightning bolt struck her fowl run, killing all her 1 000 chickens. The chickens were due to be delivered to the market last Friday, as she had already got a potential buyer for the entire lot.

“It all happened on Tuesday around 4pm, it began to rain heavily and I was with one of my helpers trying to secure the fowl run. We then left for the main house and that is when a bolt of lightning struck the fowl run, it was like a huge ball of fire. It was scary. I immediately rushed back to the fowl run screaming for help, neighbours came through as they initially thought that maybe the lightning had struck while we were inside the fowl run because we would spend most of our time in the fowl run,” said Ms Mathe.

She also lost all her chicken feeding equipment and chicken feed that were stored in the fowl run. 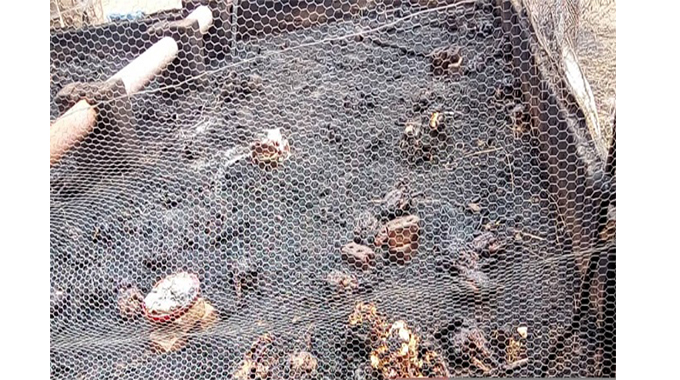 “I invested US$2 500 for the construction of the fowl run and to date had used about US$1 000 for the feed, as I had purchased 70 bags of chicken feed. What pains me is that I lost these chickens when I had already got a market for them, actually they were now three days from reaching the required six weeks maturity, I was supposed to be delivering them on (last) Friday,” said Ms Mathe.

The area’s councillor, Alexander Mkandla said it was unfortunate that Ms Mathe now had to go back to the drawing board at a time when she was one of the chicken projects success stories in Ntabazinduna.

“Most people were looking up to her, as she was very passionate about this project. For her sweat to be rewarded like this is very painful to say the least. While we really appreciate the rains, our community was hard hit by their violent nature, I was made aware of another family that lost 150 chickens but theirs was because their fowl run was destroyed by the heavy rain which resulted in the roof collapsing on the chickens,” said Clr Mkandla.

Meanwhile, the Met Department has warned that the country will, as from tomorrow, experience heavy rains and in some cases violent storms in the Matabeleland region. MSD head of forecasting, Mr Tich Zinyemba said the violent storms would be characterised by damaging winds and lightning, warning the public to be vigilant.

“We are expecting heavy rains on Monday (tomorrow), starting in the Matabeleland region and parts of the Midlands and Masvingo provinces, before spreading to the rest of the country. There is a possibility of flash flooding due to these rains and further we expect that there will be damaging winds and lots of lightning. We therefore call on the public not to shelter under trees, avoid the use of cellphones and electrical gadgets, during these storms,” said Mr Zinyemba.

Last week, more than 30 homesteads in Lusulu under Chief Sinamagonde in Binga District were destroyed after a heavy downpour preceded by a violent thunderstorm and strong winds hit the area. In October this year the Ministry of Primary and Secondary Education sent an SOS to development partners after more than 10 schools were damaged by strong winds in Matabeleland North.