AGRO-DEALERS in Insiza South are selling farming inputs in foreign currency, crippling farming activities at the Silalatshani Irrigation Scheme, the lifeblood of the community, Chief Sibasa has said. 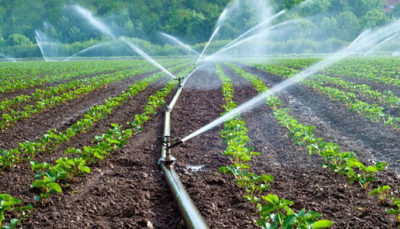 Chief Sibasa, born Bekezela Sibanda, who is a plotholder at the irrigation scheme under his jurisdiction, told Southern Eye yesterday that farmers faced a bleak 2020-2021 farming season since agro-dealers were rejecting local currency.

The irrigation scheme has been the lifeline of people in Filabusi and surrounding areas for over 50 years, though in some of the years it has been seriously affected by drought.

“Farming inputs are too expensive for us. The agro-dealers are no longer accepting bond notes, they are now selling in forex and if you want to swipe or use EcoCash, it becomes very expensive,” Chief Sibasa said.

“A local agro-dealer is charging R500 for a 50kg of fertiliser and US$20 for 10kg of maize seed. They are rejecting bond notes and we are really in serious trouble.”

A plotholder Nompilo Nkomo reiterated that inputs were unaffordable.

“The irrigation scheme has been helpful to our families for many years, but this time we are facing serious challenges in accessing the inputs. We have just removed the sugar beans we had grown early this year and we are preparing the land to plant new crops, but we face challenges in accessing maize seed and fertilisers. At this irrigation scheme, you cannot reap anything if you have no fertiliser,” Nkomo said.

“Last time we were supplied by Farm and City, they visited us first to get orders and came back to deliver what we ordered. Last time, I bought 12,5kg from Farm and City and this managed to cover my 15 beds.”

Nkomo said retailers in the area provided an alternative where one barters 50kg maize for a 50kg bag of fertiliser.

The chief, however, said the water source was likely to dry up before the next rainy season.

On food challenges, Chief Sibasa said most elderly people in his area were starving due to the drought that affected Matabeleland South, adding that handouts from the Social Welfare Department were not enough to cater for all of them.

“People are starving here, especially old age. Social Welfare is giving people food but is not giving all of them, so the supplies are not enough for the demand,” he said.

“We are requesting that the number be increased so that more people benefit from the food aid.”

Chief Sibasa said villagers early this year lost many cattle to the drought and the livestock that had survived was under threat as pastures were running out.

“The pastures are not enough and won’t last long and stockfeed is too expensive since agro-dealers are charging in forex,” he said.

“There is a danger that we might lose more cattle before the rainy season starts.”