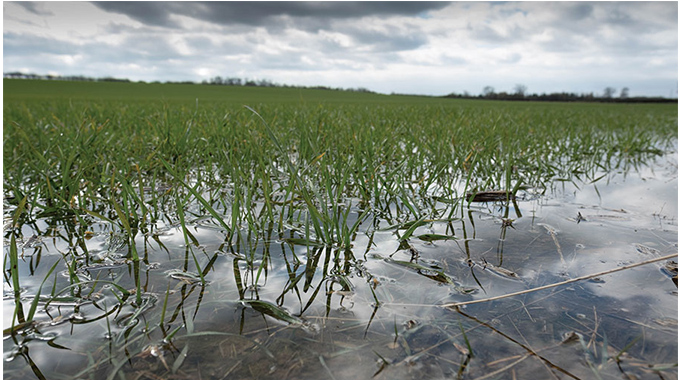 Omega Majahana, Sunday News Reporter
A NUMBER of farmers in Matobo are facing water logging challenges in their fields due to excessive rainfall that has been pounding the district for the past few weeks and are worried that their crops are going to be affected.

In an interview, Agritex officer Bulisiwe Mlotshwa who is based in Ward 16 said most of the farmers in Matobo were facing the challenge of water logging especially in Wards 16 and 17. Mlotshwa went on to say farmers had cultivated more land compared to last season (2019-20) and planted diverse crops as they were anticipating higher yields.

“About 89 percent of the farmers in Ward 16 recently ventured into climate smart agriculture and have been hoping to get more yields this season but unfortunately water logging is now affecting their crops,” said Mlotshwa.

The rainfall received this season is higher compared to last season.

Ward 17 councillor, Max Majahana in an interview said, “Local farmers were so excited when the heavy rains started falling earlier this season thinking that they will get a bumper harvest as they had no harvest in the past three years.”

He, however, said their joy has been short-lived because the rains have become not only heavy but incessant and have seriously affected crop production in the district.

“Water is now stagnant in the fields, we are weeding and making trenches so that we could drive water off the fields but all our efforts are in vain because the rains are not stopping,” says Ms Sithembinkosi Tshuma, a local villager.

Water logging hinders crop growth as it destroys the root system which results in crops having stunted growth, wilting and eventually dying.

Agritex officer Mlotshwa, however, said livestock production as a result of high rains could perform better because of the availability of plenty water and pastures.

“Waterways, vleis, swamps should be protected and no human activities should be practiced in such places,” said Mlotshwa.

She encouraged farmers to apply fertilizers and drain the water out of the fields as part of measures to contain water logging.