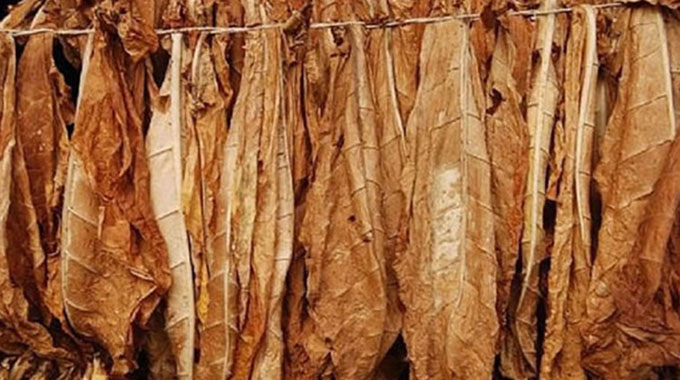 Golden Sibanda Senior Reporter
Tobacco farmers have made representations to authorities for a review of some conditions under modalities for marketing of the golden leaf this season, chief among them the foreign currency surrender or retention threshold.

This comes after the industry regulator, with guidance from Government, crafted a set of stringent conditions, as part of a broad framework for the sale of tobacco this year, for the health and safety of all citizens, in the wake of Covid-19 outbreak.

Farmers, through their member associations have requested Government, through the Tobacco Industry and Market Board (TIMB), to review some of the conditions and modalities for tobacco marketing this season, which they feel are costly,  prejudice growers and have made it difficult to sell their crop.

Zimbabwe Commercial Farmers Union (ZCFU) president Shadreck Makombe said discussions were held with TIMB for review of a cocktail of issues, some of which he said had the potential to discourage farmers from growing the crop next season.

“The issue is that we are continuously engaging and re-engaging because there are shortcomings that we are seeing that must be addressed, which need no delays because they are affecting the farmers,” he said.

In the main, farmers have lobbied for a review of the 50 percent foreign currency surrender portion, delays in processing of payments after selling their crop, the staggering of payment for sales and restrictions around transportation truck capacity.

“We are saying the Reserve Bank of Zimbabwe should be sensitive.  They are paying the local currency component at a fixed rate of  $25 to US$1 yet the rate on the unofficial market is way higher and farmers are affected by prices from this.

“So, we are saying that it would be prudent if farmers were to get all their money in foreign currency and Government, through the RBZ, collects a straight US 25 cents without paying the local currency component to farmers for any sale.

“If that does not happen, they are simply killing the market, we need to point out that next year more farmers may opt out of tobacco growing given that the most affected are small growers; who constitute the majority of tobacco farmers.

More than 100 000, mostly resettled indigenous farmers, eked out a living from tobacco growing, but numbers dipped this year after growers were angered by a number of issues, among them grossly low prices.

“We are also saying that small farmers must be paid all their sales proceeds, say US$500, in a single tranche, why must it be staggered? Payments should be staggered for large scale farmers who get tens or hundreds of thousands of US dollars,” Mr Makombe said.

He said there was no need for hard and fast rules