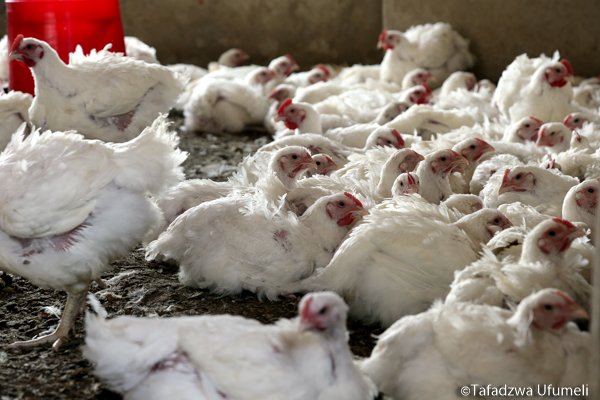 ZIMBABWE will likely experience an upsurge in both legal and illicit imports of cheap poultry products if local feed producers continue failing to access adequate maize as well as soyabean meal, a new report has revealed.

A report compiled by the Livestock and Meat Advisory Council (LMAC) indicates that poultry farmers were struggling to access maize and soyameal.

“Statistics show limited importation of poultry products given the low local retail prices in US dollar terms. However, going forward, there is likely to be an upsurge in both legal and illicit imports of cheap poultry products if local feed producers fail to access adequate maize and soyabean meal that may force poultry farmers to curtail production,” the report reads in part.

Dwindling stocks of maize coupled with restrictions on maize purchases from farmers brought about by the promulgation of Statutory Instrument 145 of 2019 implies that the feed sector will need to import maize, which currently lands in the country at a price that is 36% higher than the current producer price.

“Without increases in consumer purchasing power, this will further erode the margins from poultry production during the fourth quarter,” it said.

“The reduced margins have already driven down the producer prices of both day-old chicks, broiler meat and table eggs to lower than prevailing prices in neighbouring countries in US dollar terms, prompting some breeders and farmers to explore export markets.”

LMAC said depreciation of the Zimbabwe dollar against the US dollar in the third quarter of 2019 continued to exert pressure on feed and day-old chick prices that were not matched by increases in consumer disposable incomes.

However, demand in the period under review remained strong largely due to greater increases in prices of alternative livestock proteins, primarily beef, pork and fish.

Chick prices continued to increase in the third quarter and reached $5,51 per chick in September.

Although the meat produced from this sector declined 12% compared with the third quarter of 2018, it was still the second highest ever recorded.

Small-scale broiler meat production estimated at 5,457 tonnes (t) per month decreased 36% compared to the same period in the previous year.

Consequently, a dramatic drop in both uptake and supply of broiler chicks has affected the broiler meat production sector.