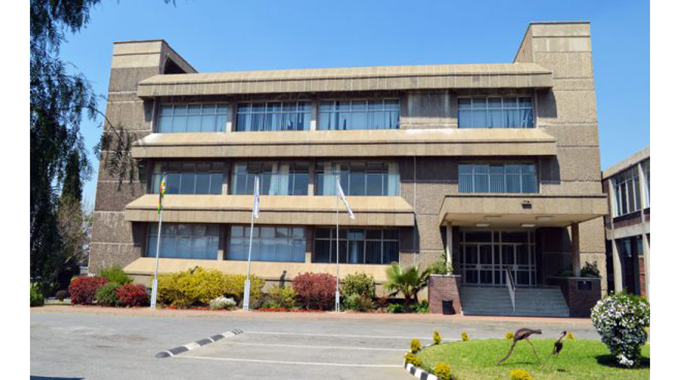 THE forfeiture and the subsequent reallocation of a Kwekwe gold mining claim held by Fidelity Printers and Refiners — a gold buying subsidiary of the Reserve Bank of Zimbabwe — was lawful, the High Court has ruled.

The ruling followed the Fidelity’s application for confirmation of an interim order granted to it in February to repossess the claim forfeited to the Ministry of Mines and Mining Development last year after Fidelity failed to pay the laid down annual fees for more than six years.

Fidelity, which had sold the gold mining claim to ex-Herald editor Caesar Zvayi, was suing the Minister of Mines, the provincial mining director for Midlands and new beneficiary Mr Jona Nyevera in three similar cases filed at the High Court in both Harare and Bulawayo.

The cases were consequently consolidated into a single case and placed before Justice Joseph Mafusire sitting in Harare for determination.

Fidelity’s essential argument was that it received no prior notice of the intention to declare the claim forfeit and that there had been an understanding between the Ministry and itself that no statutory mining fees payment would be necessary. So it came as a shock, to be informed for the first time that its mine had been forfeited for not honouring statutory obligations for six years.

But the Ministry, in its submissions, argued that Fidelity’s argument was flawed because there was no obligation upon the provincial mining director to issue personal notices to individual miners who might be in default regarding the renewal of their mining fees.

The obligation is thrust on the miner to have his or her mine inspected and his or her registration certificates renewed. This is done annually.

It was on this basis that Justice Mafusire considered that the actions of the provincial mining director, in forfeiting the rights of Fidelity in Mirage 3 and subsequently granting a special grant to Nyevera in respect of that mine, was not in violation of the law.

“In the circumstances the matters in dispute between Nyevera and Fidelity Printers are decided in favour of Nyevera,” said the judge discharging the interim order that had been granted to Fidelity on February 17 this year.

The court also confirmed the forfeiture of the mine claim and upheld the granting of Nyevera the right to Special Grant No 8202.

Further, the court barred Fidelity and its business partners from removing any gold ore from the mine.

In his ruling, Justice Mafusire found that there was sufficient scope in the Mines and Minerals Act for any holder of a mining location whose title was liable to forfeiture to take action to avoid forfeiture.

“Holders of mining locations have the obligation to ensure that they apply for and obtain inspection certificates within the intervals specified in the Act,” he said.

“A notice of the declaration of forfeiture that may be posted onto the notice board outside the office of the mining commissioner is adequate compliance with the law is as far as rights to a notice in respect of any intended forfeiture of a mining location are concerned.”

The ministry repossessed Mirage 3 Mine in June last year after Fidelity failed to pay the statutory fees for more than six years.