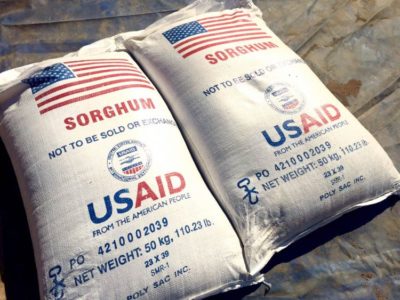 According to the national statistics agency, Zimstat, the cost of living stood at ZWL$26 560 (US$320) for a family of five for March, which is higher than what the lowest paid civil servant earns at
ZW$17 000 (US$205) per month.

The salaries factor in the recent adjustments.

“Urban areas are expected to remain stressed as poor households may meet their basic food needs, but fail to meet their other non-food needs,” FEWS NET said in its new report.

“Despite the progressive decline in annual inflation since mid-2020, the official inflation rate remains very high at 194% in April. This is driving a continuous increase to the cost of living, leaving a high proportion of the population subsisting below the poverty lines. Zimstat reported a 1,7% and 6,8% increase in the food poverty line and total consumption poverty lines, respectively, for April compared to March.”

FEWS NET said as the cost-of-living increases, this is driving below-average purchasing power for many households due to low income.

“This is compounded by high and increasing transport fares, driven by a transport crisis following restrictions on public transport operators and the poor road network,” FEWSNET said.

The report noted that the macro-economy was volatile, impacting household food access.

“Despite some stability in the official market rates, parallel market exchange rates are over 30% higher,” FEWS NET said.

“This continues to drive increases in most food and non-food prices. Most goods and services are increasingly priced in US dollars, yet most income is still earned in the Zimbabwe dollar (ZWL). The shortage of ZWL notes further decreases household purchasing power as mobile money and electronic payments have high premiums above ZWL note prices in the formal and informal sectors.”

“In early April, the International Organisation for Migration (IOM) reported over 200 000 returnees from mainly South Africa and Botswana due to job losses and deportations since March 2020. These populations are likely putting further pressure on already weak labour markets in areas where they return to,” FEWSNET said.

The government is yet to address the influx of returnees who are adding to the already high number of the unemployed.

“Although most Covid-19 restrictions have been lifted, residual impacts of the lockdown continue on top of the macroeconomic challenges, driving continued below-average food access, mainly among poor urban households,” FEWSNET said.

“As land borders remain closed to non-essential goods and services, a high proportion of households and small-scale businesses in the informal sector continue to be impacted due to the limited supply of cheaper imported goods and below-average income from sources such as remittances, informal transport and courier services, and petty trade.”

FEWSNET warned that though Covid-19 infections were low and recovery rates high, the recent upward trend in cases, predominantly in schools, could spark a third wave of nationwide cases, further dampening the macro-economic environment.

The post ‘Financial distress to persist for urban poor’ appeared first on The Zimbabwe Independent.