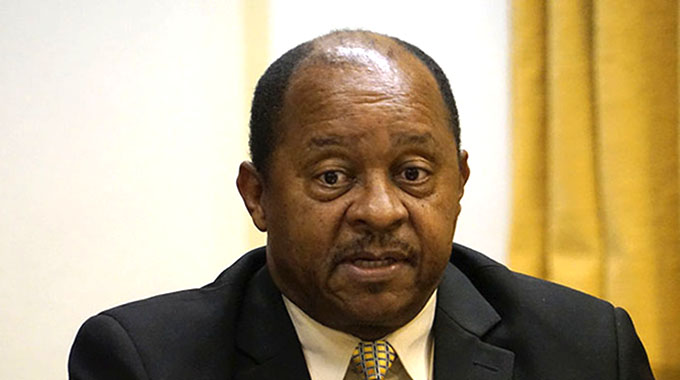 FIRED doctors, who ignored the initial 48-hour moratorium extended to them last Thursday to return to work without reapplying, have now asked for an extension in a letter to the President.

Although no official comment could be obtained from the President’s Office by the time of going to press, Zimbabwe Hospital Doctors Association (ZHDA) secretary-general Dr Tapiwa Mungofa said their members were still incapacitated to report for work.

“The moratorium came at a time when doctors are still incapacitated to report for work and no offer has been extended from Government,” he said.

“We have, however, since written to the President seeking extension of the moratorium until a time when negotiations are complete.”

Dr Mungofa said they were engaging with the Ministry of Health and Child Care on possible offers that would allow them to return to work.

After President Mnangagwa’s announcement of the moratorium when he met Catholic Bishops last week together with his Deputies, Dr Constantino Chiwenga and Cde Kembo Mohadi, the doctors asked for official communication.

The Health Services Board (HSB) delivered this in writing on November 29, but it expired on Sunday.

Despite refusing to return to work, the doctors have equally refused to vacate Government staff accommodation.

The first batch of doctors to receive letters terminating their contracts for not heeding the Labour Court that outlawed their strike, was given a November 30 deadline to leave Government accommodation.

Speaking to journalists at a Press briefing in Harare yesterday to announce details of housing apartments for health workers, Health and Child Care Minister Dr Obadiah Moyo said the ministry appreciated the gesture by President Mnangagwa and hoped that more doctors would take up the offer.

“We are very grateful that the President extended a 48-hour moratorium, which is an Executive gesture which we hope that all the affected doctors will take advantage of,” he said.

“The moratorium entitles those who wish to come back to work to do so without having to apply to fill in the existing vacancies.”

Minister Moyo said construction will start with central hospitals, adding that in the meantime, the Ministry of National Housing and Social Amenities had identified accommodation that would be renovated for immediate occupation by health workers, particularly junior doctors whose work requires them to stay at health facilities.

“One of the issues that is necessary in providing a conducive working environment is to have institutional accommodation for all our health workers, especially junior doctors who are supposed to be resident at their places of work,” he said.

“The Ministry of National Housing and Social Amenities has, therefore, agreed to our request to construct

institutional accommodation starting with all the five central hospitals. In the meantime, we have identified some flats which will be quickly renovated for the doctors to occupy, while we wait for construction of the new accommodation.”

Minister Moyo reiterated that Government would provide transport for the doctors to shuttle to and from work.

Speaking at the same occasion, National Housing and Social Amenities Minister Daniel Garwe said two blocks of flats were already under construction in Marimba and should be handed over to the Ministry of Health and Child Care by March next year.

Minister Garwe said they had identified land at all major hospitals from which two additional block of flats per hospital would be constructed.

He said these will be handed over in the middle of next year.

Minister Garwe said as Government continued to construct accommodation throughout the country, health workers would be prioritised.

“Health workers, doctors and nurses will be prioritised on the waiting list because of the type of work that they do and we want to say ‘thank you to them for what you are doing to the nation’, so we will be giving them priority in terms of allocation,” he said.

“It is a conscious decision that we have taken as a ministry. In every town that we are going to construct houses, priority will be given to our doctors, nurses and health workers.”