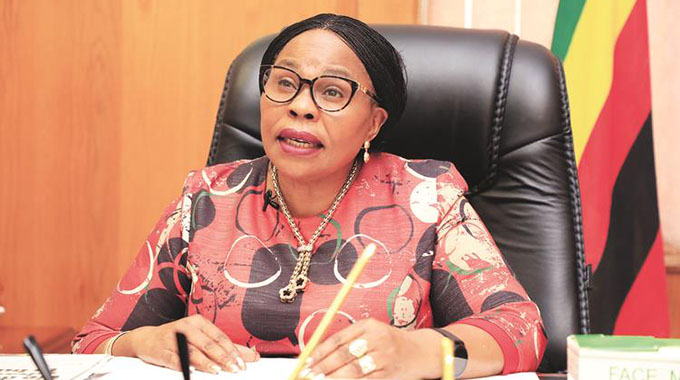 Government has dismissed as false and mischievous claims that it does not know which Covid-19 vaccine it should import, saying Zimbabwe will receive its first batch of 800 000 jabs from China on Monday to start the process of immunising 10 million people against the virus.

Reports in some sections of the private and social media had suggested that the Government was not sure which vaccine it intended to procure, and alleged that this would put the whole vaccination process into jeopardy.

Information, Publicity and Broadcasting Services Minister Monica Mutsvangwa said in addition to 200 000 donations from the Chinese Government, Zimbabwe had also purchased 600 000 jabs from the same country.

Zimbabwe was now expected to dispatch an aircraft to China on February 13 to collect the vaccines, which were expected in the country two days later.

“The Government of the People’s Republic of China has extended a donation of 200 000 SINOPHARM Covid-19 vaccine doses. This vaccine, which has 76 to 86 percent efficacy, has been endorsed by the World Health Organisation and is already being used in several countries,” said Minister Mutsvangwa.

“This donation and an initial batch of 600 000 doses which the Government has purchased, are expected in the country by February 15, 2021, and the first week of March 2021 respectively. An aircraft will be dispatched to China no later than February 13, 2021, to collect these vaccine doses.

“Russia has donated some of its Sputnik V vaccines, with negotiations ongoing for the procurement of more vaccines. India has also promised to provide vaccines and Zimbabwe is expecting some vaccines through the African Union vaccination programme.”

Minister Mutsvangwa said Government had noted with concern, efforts by some mischief-makers to cause confusion and panic over Zimbabwe’s vaccination programme.

“His Excellency, President ED Mnangagwa, when he declared the Covid-19 pandemic a state of disaster, said that Government would be transparent in its response and action plan against the virus.

“Government continues to work with the World Health Organisation and other partners as part of Zimbabwe’s response to this pandemic,” she said.

Minister Mutsvangwa said the Government had placed an order for the vaccine, adding that key to the response plan was science-based evidence on fighting the pandemic.

“Government has already developed a deployment plan, mapping the priority groupings for roll out of the vaccines. No one will be left behind in this fight against Covid-19,” she said.

The Russian mining behemoth, which accounts for almost a third of the world’s rough diamond production, has a 70 percent stake in Alrosa Zimbabwe with the remaining 30 percent being owned by the Zimbabwean Government through the Zimbabwe Consolidated Diamond Company.

“We intend to provide dozens of thousands of vaccines to each of these countries upon their availability for export. Allowing for time needed to produce the vaccine, we expect first shipments to start from the second half of March,” Mr Ivanov told Bloomberg.