First Lady involved in another accident 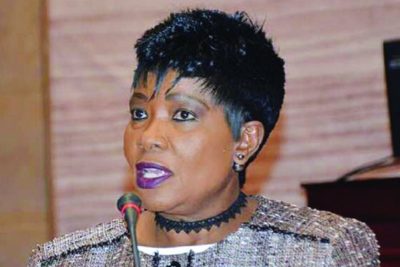 First Lady Auxillia Mnangagwa was yesterday involved in an accident along the Harare-Bindura Highway after a motorist rammed into her Toyota Land Cruiser she was travelling in and it overturned.

Presidential spokesperson George Charamba confirmed the accident and said no one was injured.

“The First Lady was involved in a traffic incident after a motorist panicked and rammed into her car,” Charamba said.

“The motorist rammed into the First Lady’s vehicle on the driver’s side, forcing the vehicle to overturn. We thank God that the First Lady and the driver escaped unhurt and equally the motorist was not hurt. We are very lucky that the whole incident did not cause injuries, let alone deaths.”

It was not immediately established where the First Lady was headed, but she has been traversing the length and breath of the country for her charity work.

Mnangagwa has been to different parts of the country meeting people in the wake of COVID-19 outbreak despite calls for people to stay at home as part of measures to combat the deadly pandemic.

Those interviewed described how her motorcade, which included a Land Cruiser, a Toyota Fortuner and Toyota Hilux, was speeding while forcing other road users out of the way.
This, observers said, resulted in one of the drivers panicking, causing the accident.

Mnangagwa was hurriedly whisked from the scene.

Police spokesman Assistant Commissioner Paul Nyathi said he was yet to get information on the accident.

This is not the first time she has been involved in an accident.

In April, the First Lady lost her aide, Albert Vunganai, while three others were injured after a vehicle which was part of her convoy overturned on a rocky embankment near Muzarabani, Mashonaland Central.

More opportunities ahead for China-Zim cooperation

Boost for people living with albinism