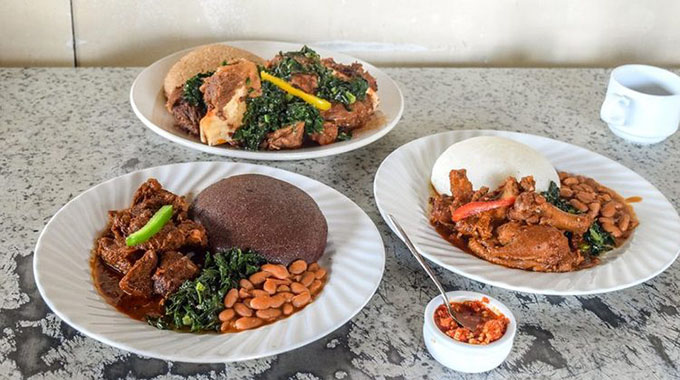 The provision of food by the Government can also go a long way to save lives in emergencies, thereby fulfilling the right to food and that it contains all the nutrients essential for the body

In the past, urban areas were left out of food relief programmes and the latest move by Government will ensure they also benefit.

Government’s move to provide food aid to ensure the estimated 2,2 million food-insecure people living in towns do not go hungry is a step in the right direction as it creates opportunities for healthy eating.

Speaking at a workshop sponsored by the United Nations Development Programme (UNDP) held in Nyanga, Dr Nzenza said: “We will work in rural areas, but we also have the urban poor and already we know from the Zimbabwe Vulnerability Assessment Committee (ZimVAC) report that we have got about 2,2 million people in the urban areas in need of food.”

Food assistance includes all actions that national governments, members of civil society, and with external aid when necessary, undertake to improve the nutritional well-being of their citizens who otherwise would not have access to adequate food for a healthy and active life.

The Government intervention comes at a time when most vulnerable communities are food insecure following the severe drought that hit the country this year. Many urban farmers also had their crops and vegetable gardens affected as well because of water shortages.

What the Government has done proves that it has the ordinary people at heart.

In doing so, Government is also fulfilling its obligation to ensure that all people have access to sufficient food.

The Universal Declaration of Human Rights and the International Covenant on Economic, Social and Cultural Rights (ICESC) recognises that human beings have the right to food to ensure good health and nutrition.

Food aid can either be given as actual food items or through cash transfers.

It can play a critical role in reducing hunger and starvation.

The Government intervention can lead to better nutrition for the population while stimulating an efficient agricultural industry.

Provision of food by the Government can also go a long way to save lives in emergencies, thereby fulfilling the right to food.

It can strengthen the ability of the poorest members of society to build sustainable livelihoods and detach them (poor) from wavering in the local and international food prices.

The current economic situation has left citizens struggling to cope as prices of basic commodities continue to escalate on a daily basis, not matching salaries being paid by most employers.

The Government intervention is key to good nutrition for all citizens as well as ensuring that people do not die of hunger.

It is also crucial to note that, while people may have adequate food for their families, nutrition is an important part of leading a healthy lifestyle.

National Coordinator for Zimbabwe Civil Society Organisations Scaling up Nutrition (ZCSOSUNA), Kudakwashe Zombe told The Herald that Government has to ensure that food aid contains all the nutrients essential for the body.

“The Government has taken a positive move in extending the food relief programme to urban areas, taking into consideration the fact that some urban households are experiencing food insecurity.

“I however, recommend that the provisions should ensure nutrition security at households and not just food security. Ensuring nutrition security is essential in improving health and development of citizens of this beautiful country. Food aid is also at the centre for economic growth.”

To satisfy the political obligation of ensuring the success and deepening of Zimbabwe’s social revolution, the Government introduced the Presidential Input Scheme in 2011 and Command Agriculture Programme in 2016.

The two are meant to promote food security in households and at national level.

Food-based interventions have been widely used to provide public social safety net systems, as a form of income transfer in consumption to chronically poor households, and in protecting households from slipping further into poverty through the disruption that shocks have on livelihoods.

In practice all the forms of food-based programmes supported by food aid are likely to become part of the response to a disaster or shock.

These interventions sometimes, depending on the specifics of the local context, have a role in limiting suffering and the damaging impacts of a shock on livelihoods.

The impact of food aid in emergency situations is heavily dependent on its timeliness, especially considering that people are suffering due to fluctuating prices and this can be adversely affected by tying.

It reduces the flexibility to procure in areas closest to the specific emergency.

But improving the food aid system is not enough. To eliminate hunger, world leaders must tackle the root causes of hunger and poverty.

They should undertake far-reaching reforms of the agricultural production and trade while discriminating against small-scale farmers and agriculture oriented to local needs.

Further, governments in poor countries should invest in agricultural and rural development while facilitating that people have access to land.

They must also deal with global warming which is causing an increasing amount of weather disasters and hunger crises.