ZIMBABWE is on course to achieving food surplus this year, resulting from the Command Agriculture and Pfumvudza/Intwasa programmes which are part of the legacy of the late national hero, Ambassador Douglas Nyikayaramba, President Mnangagwa has said.

“He leaves this world when the sector which he helped shape and move, has made a very promising performance this season. The impact of the innovative Pfumvudza/Intwasa Programme has been encouraging. Equally, our large-scale commercial farmers have done well. 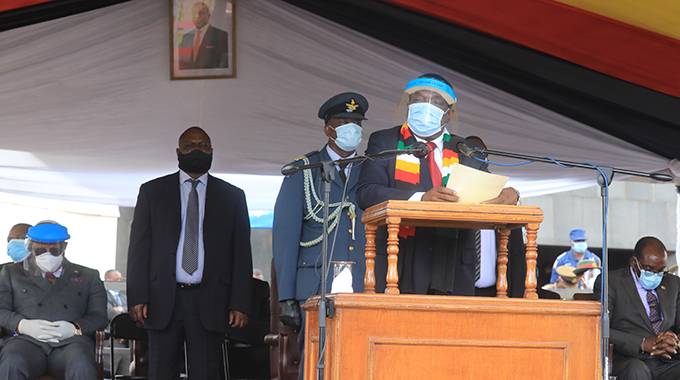 “We are set for a bumper harvest, taking our nation to full food security, with the possibility of a surplus. In tribute to him, we must continue on this up-and-up agriculture path. Indeed, programmes are underway to ensure that our agriculture sector is climate-proofed through the construction of more dams.”

At least 3 million tonnes of maize are expected under the Pfumvudza/Intwasa programme, exceeding national annual requirements of 1,2 million.

Other factors such as the above normal rains are set to ensure the bumper harvest. The successful agricultural season is expected to benefit the economy at large.

The President said the Covid-19 vaccines, whose first batch will arrive into the country tomorrow, will not render the country totally immune to the coronavirus, as preventive measures need to be continued. 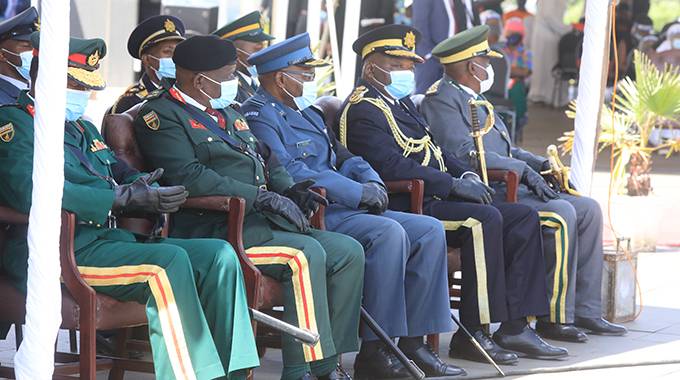 On Covid-19 vaccines, the President said: “While the vaccine will increase our bodily capacities to fight the pandemic, it will not render us completely immune to infections. This enjoins us to continue to take the traditional precautions, while strengthening our health delivery system across the whole nation. This is very important to ensure that the gains, from lockdowns and administering of vaccines are not degraded or even lost.”

The late national hero, who succumbed to Covid-19-related complications on Tuesday leaves, behind a legacy of humility, servant leadership and patriotism, the President said.

A decorated military general, war veteran and novel diplomat, Ambassador Nyikayaramba was the country’s chief diplomat to Mozambique, where he played a pivotal role in promoting regional peace at a time the neighbouring country was affected by security concerns. 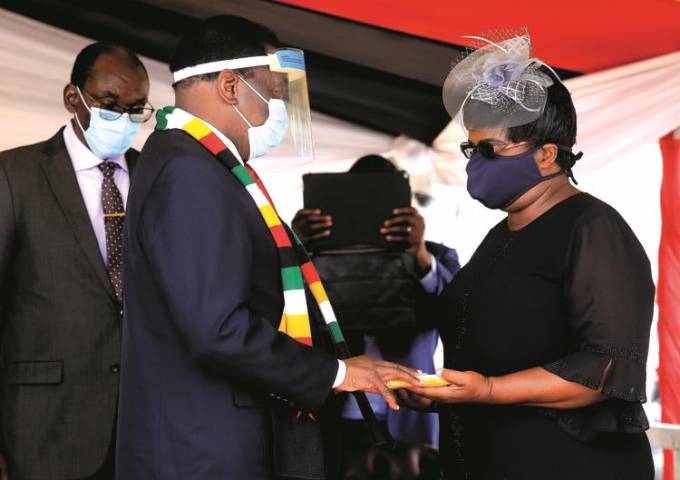 President Mnangagwa hands over the national flag to the national hero Lieutenant General Douglas Nyikayaramba(Rtd) widow Elina at the burial while Vice President Kembo Mohadi looks on, at the National Heroes Acre yesterday.

The President urged the nation to honour the late national hero by defending his legacy.

“I challenge us all to thrive to preserve, defend and protect the legacy that the late Cde Nyikayaramba ‘Blessing Muhondo’ and other heroes bequeathed to us. Citizens must resist to be used as willing tools by those advancing myopic, narrow and alien agendas burnt to slow down and reverse our gains of Independence. We are a united, caring and peace loving people.”

He described the late national hero as a dedicated revolutionary who never wavered from his duty since joining the liberation war.

“After the war of liberation, he assumed many titles related to his changing ranks as he rose in the military. Today he is gone, snatched away from us by a virus which has wreaked havoc in all nations.” 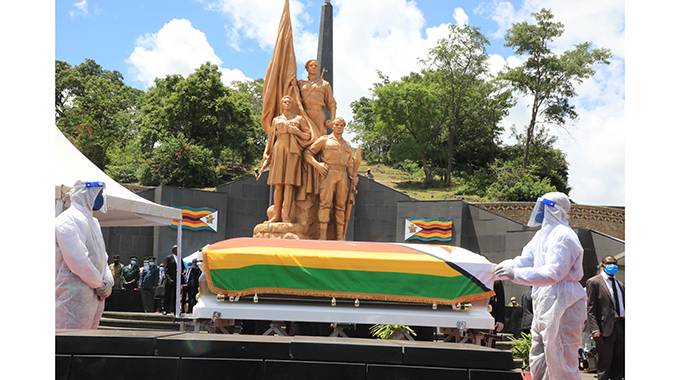 President Mnangagwa reminded the nation that the war against the global Covid-19 pandemic is far from over.

“We are in the thick of it. We dare not lose it. Each Zimbabwean who falls to the pandemic is a grim reminder that the pandemic is real and a danger to our nation,” he said.

“However, such tragic loss of life should fortify our determination to do the needful in order to save our lives, lives of our families, friends and our fellow countrymen and countrywomen.

“Government continues to assess the threat posed by the pandemic, and of course to take measures necessary to save lives.”

Ambassador Nyikayaramba was an important cog in the engagement and re-engagement agenda, as he was concerned about peace in the region, noted the President.

“My most recent contact with the late Ambassador Nyikayaramba was at his workstation in the Republic of Mozambique. He was our point-man on the security situation in that sister Republic. 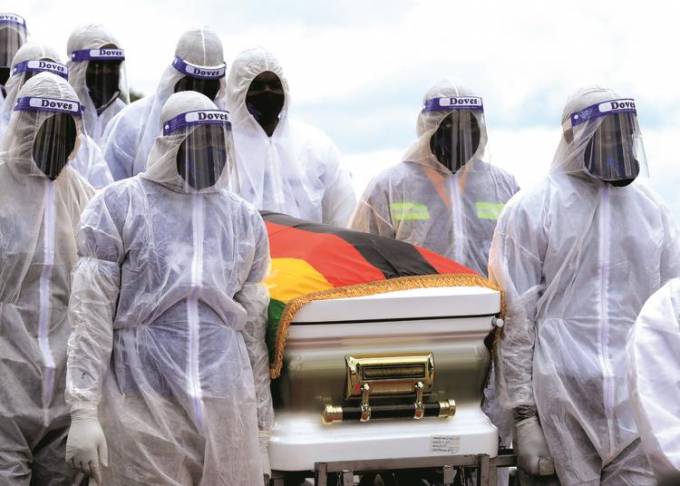 “I am happy that his efforts were not in vain.

“The situation is gradually improving and stabilising.”

The President urged the nation to remain vigilant as the country is still under illegal sanctions.

“Be that as it may, we cannot allow those heinous sanctions to hold us back,” he said.

“We have enough resources in our country; we have several nations of goodwill to partner.

“Various indicators are pointing towards recovery and positive growth. We must stay on course and focus on our effort until we defeat these sanctions.”

He also urged the nation to take a leaf out of Ambassador Nyikayaramba’s philanthropic work.

“Further inspired by our National Hero’s philanthropic work under the Josiah Magama Tongogara Trust, let us continuously inculcate the culture of love and care for the vulnerable, loyalty, hard work, integrity and honesty in serving our country,” he said.

Turning to Ambassador Nyikayaramba’s military career, the President said the late Lt-Gen had won many honours due to his competencies and bravery.

“These include; the Liberation Medal, Independence Medal, Ten Years’ Service Medal, Long and Exemplary Medal, Mozambique Campaign Medal, Democratic Republic of Congo Campaign Medal, Grand Officer of the Zimbabwe Order of Merit Award and Commander of the Most Meritorious Order of Mohlomi.”

Ambassador Nyikayaramba was born on January 9, 1960 in Mutoko District of Mashonaland East Province where he grew up.

He was the first born in a family of 11.

As with all his contemporaries, he encountered bottlenecks placed in his educational career by the colonial Government, until he completed his Ordinary Level studies.

Joining the liberation struggle in 1977, he did his training at Tembue Base Two and later at Nachingwea Training Basek.