MEDITERANNEAN Shipping Company (MSC) SA (Zimbabwe) Pvt Ltd has threatened to block the release of containers for Zimbabwean importers over their failure to remit in excess of US$9,1 million in shipping fees, businessdigest has learnt. 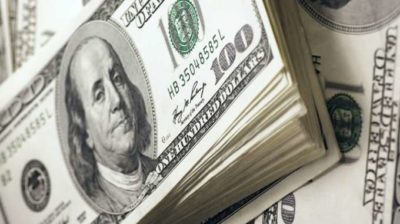 The fees, for facilitation of trade through sea freight transportation of imports and exports, have accumulated over time.

In a letter addressed to Confederation of Zimbabwe Industries president Sifelani Jabangwe and copied to the Reserve Bank of Zimbabwe gleaned by businessdigest, MSC Zimbabwe said the impact of this will be a reduction in inflows and, by extension, outflows of approximately 5 000 twenty-foot units equivalent to 125 000 tonnes of freight.

MSC Zimbabwe managing director Giorgio Spampinato said the continued failure by the central bank to acknowledge its key role in trade and to live up to its commitments has left the company with no option but to discourage the loading of Zimbabwe-bound cargo on its ships.

“The Mediterranean Shipping Company SA Limited (MSC) hereby notify you that we are contemplating the possibility of halting the release of containers to Zimbabwean importers who have not paid for our services at origin as well as discouraging the acceptance of cargo destined for Zimbabwe aboard our ships worldwide. Our decision would be necessitated by the fact that despite numerous engagements with various offices at various levels, our efforts of settling amount due to our head office have been in vain and we remain unable to remit the long outstanding remmitable funds for services already rendered to players in your industry,” he said.

“Our facilitation of trade through sea freight transportation of import and exports has resulted in the accumulation of unremitted funds amounting to nine million one hundred and three thousand and eleven dollars (US$9,103 111.00) due to our principal in Genève,” he said.

“We are your trade link to the rest of the world and in laymen terms one cannot talk of trade without giving any regard to the role that a shipping line plays within the trade chain,” he said.

“In our bid to support economic growth as well as avert shortages of key commodities in the country, MSC Zimbabwe as agents of MSC Global have been collecting freight charges locally on behalf of MSC Global under the assurances that we would receive support to remit sea freight (fee) portion in its totality to the owners.”