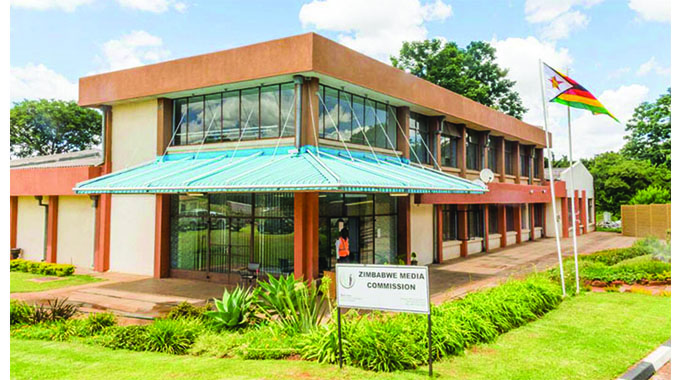 Robin Muchetu, Senior Reporter
THE Zimbabwe Media Commission (ZMC) has said it operates in a transparent and accountable manner guided by the law and is calling on both local and foreign Press to respect laws of the country while carrying out their duties.

The clarity came after a local journalist Jeffery Moyo was fingered in allegedly facilitating to fraudulently get accreditation for two foreign journalists. The two journalists have since been deported.

“On May 10 2021, the Zimbabwe Media Commission (ZMC) learnt of the deportation from Zimbabwe of a man and a woman claiming to be New York Times reporters and carrying forged accreditation cards and receipts which they reportedly said had been obtained on their behalf by Mr Jeffrey Moyo, at the time a properly accredited local reporter for the same New York Times.

“The arrest and deportation of the two individuals arose from the fact that they lacked papers which in terms of the law they were supposed to obtain as a prerequisite for obtaining temporary local accreditation as journalists,” ZMC said in a statement.

Investigations by the media accrediting body revealed that the names of the two journalists did not appear in the ZMC register.

“The two individuals had not visited the ZMC offices.

“The two individuals had written to the relevant authorities to seek the prior clearance papers required before one can work locally as a journalist on temporary assignment.

“The relevant authorities had denied the two individuals the prior clearance,” read the statement.

“It was also alleged that after recognising the initial irregularity, Mr Jeffrey Moyo privately approached a ZMC staffer who also allegedly agreed to collude with Mr Moyo and his now deported guests.

“It was alleged therefore that the two individuals claiming to be New York Times reporters, their host and colleague Mr Jeffrey Moyo, and the ZMC staffer (now on forced leave) knew that they were breaking the law,” ZMC said.

The organisation said its day-to-day operations were guided by provisions of the law.

“The Commission does its work in a transparent and accountable manner.

“The fact that the fraudulent accreditation cards were quickly identified by immigration officers and confirmed as fraudulent by the ZMC is testimony of the professional and secure manner in which the ZMC conducts the accreditation,” read the statement.

Moyo is in police custody.-@NyembeziMu