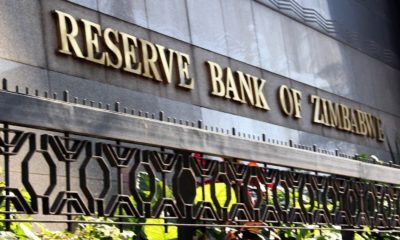 RESERVE money, which refers to local banks’ balances sitting with the Reserve Bank of Zimbabwe (RBZ), increased by 9% to $13,154 billion as at September 4, 2020, largely reflecting an increase in banks’ deposits at the central bank, latest statistics show.

Data released by RBZ show that reserve money increased by $1 037 million over the week ending September 4, 2020, largely reflecting an increase of $969 million in banks’ deposits at the central bank.

“The increase in banks’ liquidity was attributable to the purchase of foreign exchange from the market by RBZ and government expenditures, all of which raised the deposit levels in the banking system. Foreign exchange purchases by RBZ are mainly for funding the auction,” the update read in part.

“In addition, required reserves, currency in circulation and other deposits at RBZ also marginally increased during the week under review.”

Through the auction system, the apex bank has found a working formula to deal with the problem of exchange rate volatility which had driven price increases exponentially since February this year.

Since the inception of the auction system, economic players have used their RTGS balances to purchase foreign currency, in the process reducing the level of reserve money in the economy.

During the week under review, businesses bought foreign currency worth US$19,21 million from the auction system at a weighted average rate of $82,7 to US$1, resulting in a decrease in RTGS holdings.