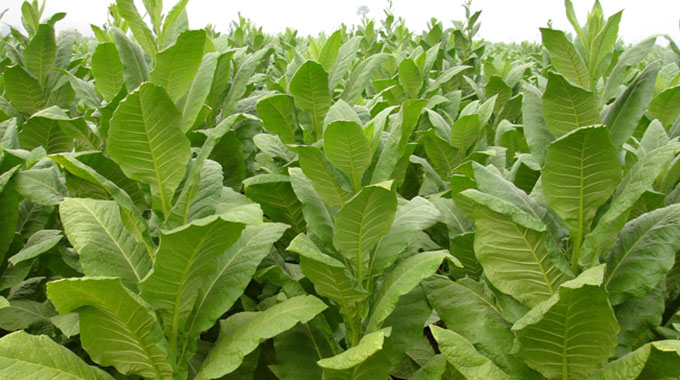 Ishemunyoro Chingwere and Elita Chikwati
Tobacco farmers will this year have unlimited access to foreign currency from the sale of their crop after the Reserve Bank of Zimbabwe (RBZ) designated tobacco proceeds as free funds.

Last year farmers were getting 50 percent of their earnings in United States dollars with the rest in local currency at the prevailing interbank rate.

However, most farmers could not access foreign currency due to stringent control measures where they were expected to submit applications for foreign exchange.

In line with Government efforts to promote production, RBZ has effected changes to the foreign currency allocation.

Under the new regulations farmers are can keep the money in their foreign currency accounts for an indefinite period and will be free to conduct inter-FCA transfers or make any foreign transfers without restrictions.

The development was announced in a statement co-signed by RBZ Governor Dr John Mangudya and Tobacco Industry and Marketing Board (TIMB) chief executive Dr Andrew Matibiri.

“To facilitate adequate preparations and importation of inputs for the next growing season, the foreign currency entitlements for growers shall be treated as free funds and may be retained in their FCAs for an indefinite period.

“For the avoidance of any doubt, holders of such funds are permitted to conduct inter-FCA transfers or effect foreign payments without any restrictions and the FCA balances will not be subject to any liquidation requirements,” reads the statement.

The bank and the board also advised that farmers will still be required to adhere to the stipulated booking requirements at the auction or contract fl­oors.

Under the new payment modalities growers who require cash to settle immediate requirements shall have access to cash, at a rate of $1,50 per kg of delivered tobacco up to a maximum of $2 000. There will be adjustments to the local currency maximum cash withdrawals as the season progresses.

RBZ and TIMB met stakeholders in the industry including farmer organisations after most farmers incurred losses last season.

“We are happy with the developments. Our concerns have been addressed. We have seen the liberalisation of the foreign currency rate and we hope it will work.

“With these developments we expect to see many farmers going back to the land next season.

“We hope the RBZ will closely monitor banks. Last year farmers had challenges with some banks. We also hope unscrupulous buyers will be eliminated this season,” he said.

“Hopefully, authorities will deliver on their promises this time. Last season, we got the same promises, but farmers ended up not accessing the foreign currency we just pray that goal posts will not be changed.

“Some farmers have lost faith in the system and this is the reason why there has been a decline in the number of farmers growing tobacco this season,” he said.

Tobacco Industry Development Support Institute for Southern Africa director, Mr Jeffrey Takawira said there had been a slight improvement, but added that farmers should not be taxed.

“There has been an improvement in the FCA management, but farmers should be exempted from taxes, as this will erode their profits. We also hope there will be consistency in these developments,” he said.