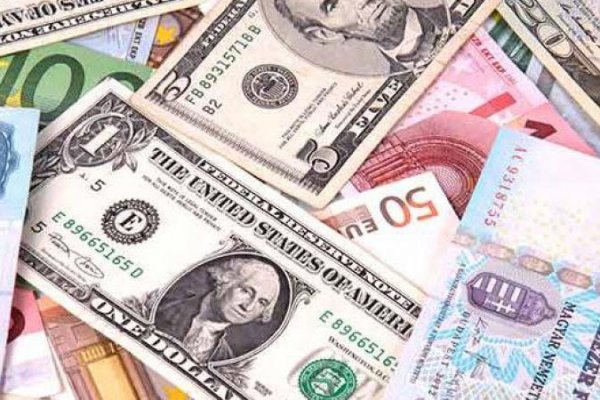 Zimbabwe has been hit hard by foreign currency shortages, affecting various sectors of the economy, leaving some companies on the brink. The fertilizer industry has not been spared by the shortages. NewsDay (ND) reporter Freeman Makopa, recently caught up with chairperson of the Zimbabwe Fertiliser Manufacturer’s Association,Tapuwa Mashingaidze (TM) to discuss the state of affairs in the industry.

Below are the excerpts;

ND: What is the fertilizer situation like in the country at the moment?

TM: Demand for fertilizer this year was subdued by a combination of late or below normal rainfall coupled with poor liquidity among farmers. Basal fertilizers such as compound D are currently readily available from the local manufacturers and from their depots, stockists, retailers and agro-dealers countrywide. Some limited volumes of top dressing AN are now available from some of the companies but have generally been in short supply.

The fertilizer companies faced challenges with top dressing fertilizers such as AN, which was and still is physically available at the companies’ warehouses but in bond (CMA *Consignment Management Agreement *) requiring foreign currency payments to be made to the foreign suppliers before the product can be accessed. The fertilizer industry made arrangements to bring the top-dressing fertilizers into the country before payment to avoid logistical bottlenecks. Every effort is being made in collaboration with RBZ (Reserve Bank of Zimbabwe) and the banks to establish effective lines of credit to settle the forex payments and improve supplies in future. The shortage of top-dressing fertilizers could negatively affect yields and overall agricultural output. Engagements to unlock foreign currency and all efforts necessary to effect payments are ongoing. Forex has always been a challenge for this country and this is one reason why it is so important to build up and support local production capability to reduce high dependence on imports in a forex- starved economy.

ND: How much AN and basal fertilizer does the country require this season?

TM: The country now requires about 600 000mt including the volumes for the government’s presidential input and cotton schemes, as well as for the command agriculture programme which were a major part of the market in the last few seasons.

Basal compound fertilizers are about half of this demand, while AN and Urea top dressing constitute the other half.

ND: How many tonnes are required to plug the shortages?

TM The market requirements for basal fertilizers are fully available, but many farmers have inadequate purchasing power and were dependant on the government schemes to secure fertilizers. Some farmers were also reducing on planted area due to the risk of the El Nino-induced drought, with late and erratic rainfall evident in many areas. For top dressing supplies perhaps 50% of the demand is not being met due to the supply constraints.

ND: What measures have you put in place to address the shortages?

TM Firstly, the pattern of forex allocation can be improved, so that the little forex available is used to best advantage. For example, it is better to buy raw materials and manufacture AN and other fertilizers locally before importing finished fertilizers. Secondly, early planning by all stakeholders and timely procurement of the required materials will improve supplies when the peak season comes. It is unfortunate when everyone from farmers to the government all wait for the rains before initiating purchases as much production time is lost most of the year, before these commitments are made. The large volumes of local and imported materials required to make fertilizers typically have three months lead time and also demand huge transport and logistic capacities, which can become bottlenecks if left to the last minute.

When the country was the breadbasket of the region, farmers were planning well in advance and banks provided facilities that enabled them to buy fertilizers and other inputs well in advance. The farmers’ unions collected much data from all the farmers and submitted reliable forecasts to the fertilizer industry even a year in advance to enable proper planning. This model of doing business needs to be re-created for the country to regain its status as a key agro-economy and exporter.

Finally, promotion of local production (vs importation) for which there is already well-established capacity will improve supply reliability. This is also what used to happen when the country was the breadbasket of the region.

Local fertilizer production was a serious matter where much effort was always put in providing adequate forex, power and early orders by farmers and government to maximise local production before supplementary imports were contemplated and all well before the peak season started.

ND: How much do you require in terms of foreign currency and how much has been allocated to you by the Reserve Bank of Zimbabwe (RBZ)?

TM We estimate that about $135 million of forex would have been required to produce and supply the above volume s of fertilizers assuming that local capacity is fully utilised before supplementary imports of finished products. Most companies report having secured between 20 to 50% at best of their requirements. It is difficult to say exactly how much each player got as this is not public information except to note that allocations were well below requirements and also the allocations also need to be done in time to prepare for the season properly. Direct forex allocations virtually seized in the second half of the year and most companies were relying on letters of credit by year end, but these were proving difficult to establish as many foreign banks were no longer trusting or accepting guarantees from the country.

ND: What is the current set-up of the country’s fertilizer manufacturing industry?

TM: There are now 12 companies with factories involved in fertilizer manufacturing with most of the newer ones being involved in making blended NPK compounds. Out of these, three companies are involved in the primary manufacture of fertilizer raw materials: These are Dorowa Minerals which mines phosphate rock in Buhera, which is in turn converted to fertilizer grade Phosphates by ZimPhos in Harare. Then Sable Chemicals in Kwekwe manufactures AN from imported ammonia following closure of its electrolysis-based ammonia plants two years ago.

ND: What has been the impact of government’s decision to suspend duty on fertilizer imports?

TM These days it seems imports are prioritised and even encouraged and government’s recent relaxation of import controls is unfortunate and inconsistent with efforts to save forex or use less of it. We don’t believe this will alleviate fertilizer shortages as there is simply not enough forex to import more and take advantage of these duty suspensions. Focus should be on maximising local production, which is readily available and already established and requires much less forex to produce more. The major cause of the shortages is foreign currency payments to suppliers of raw materials. Conclusion of government contracts in the first quarter and timeous payments to suppliers will allow producers to procure raw materials when international prices are low.

Apart from South Africa, Zimbabwe is the only country in the region that boasts a well-established fertilizer industry whose capacity far exceeds national requirements and supporting it results in a lot of downstream national benefits.