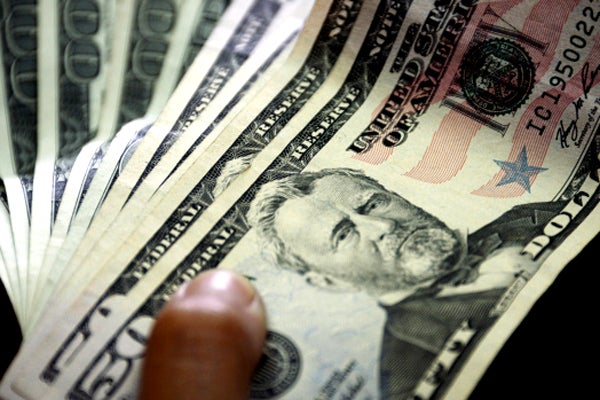 Survivors of the Tugwi-Mukosi floods in 2014 are demanding that government pays their much delayed compensation in United States dollars or at the interbank rate after government took five years to settle.

On Tuesday, Minister of State for Masvingo Province Ezra Chadzamira said disbursement of the remaining $5,5 million compensation money for the 18 000 displaced persons are now resettled in Chingwizi, Nuanetsi Ranch, Mwenezi, is underway to set off the compensation debt.

“Government has paid the remaining $5,5 million compensation for the Chingwizi villagers. The money is being disbursed to them right now as I am speaking,” Chadzamira said at a Press conference on Tuesday.

He said the villagers will be the first to benefit from the 25 000-hectare sugarcane irrigation outgrower schemes.

But the disgruntled villagers, who were also moved from the Chingwizi Transit Camp to another area further inside Nuanetsi Ranch where they were given one hectare plots against their wishes, say government should do more.

“When they evaluated our properties, they quoted them in United States dollars which were in use then. It is not our problem that government delayed to give us the money. In fact, they were supposed to pay us before moving, hence we were resisting. We knew it would get to this,” said one villager on condition of anonymity.

The villagers, in lieu of the greenback, want their compensation money increased to meet the current interbank forex rate.

“The government banned the use of forex, but our monies were supposed to be paid long back, so they should give us the equivalent of the money at the prevailing bank rates,” another villager said over the phone yesterday when Southern Eye made a follow-up on the issue.

She did not like to be identified for fear of reprisal.

Leading Masvingo Human rights lawyer Owen Mafa said what government did is unconstitutional and the State ought to pay the villagers at the current interbank rate or in US$.

“The conduct of government contravenes provisions of section 71 of the Constitution, which calls for fair and adequate compensation. When the claim was made, they considered the value. If the value was US$9 million, then it is not fair to give the villagers the remaining compensation money in the local currency. All liabilities, and assets, according to statutory instrument 142, are viewed as one as to one with the local currency from the effective date, but remember this statutory instrument is being challenged at the courts. Again, there is a recent High Court judgement by Justice Tagu of Zambezi Gas Zimbabwe (Pvt) Limited versus N. R Barber (Pvt) Limited and the Sheriff (Case No/ HH42019), which was a review of a judgement by Muzenda J on 19 June which stipulates that even if all liabilities have been put at par with the local currency, it defeats the purpose of the statutory instrument 142 and that there should be recognition of the value of the properties.

“The law does not apply in retrospect. SI 142 should apply from the effective date. The villagers can convert the money they got at the current interbank rate and claim the remainder,” Mafa said

Chadzamira scoffed at the villagers’ demands to be compensated in forex.

“Where have you seen that. Forex transactions have been outlawed, even workers, are they being paid in forex? Ask the villagers, when their initial installment of compensation of ($3,5) million came, were they paid in forex,” he said.
The flood survivors were forcibly ejected from the dam flood basin without compensation in February 2014. Their total compensation claim was US$9 million, but government only released US$3,5 million for others in 2016, remaining with a US$5,5 debt.

Previously known as Tokwe-Mukosi, the dam was renamed Tugwi-Mukosi in March last year. The new name is derived from Tugwi and Mukosi, the two rivers that feed into the dam. Tugwi is a Shona name for a “flooded river”.

Chadzamira said the dam will be fully utilised after government completes the masterplan to start harnessing the resource for irrigation and tourism.

The dam, mooted in the 1960s by the Rhodesian government, went through a stop-start process from 1998 until it was completed at a cost of $300 million on December 9, 2016 by Italian contractor, Salim Impregillo.