Fresh headache for parents as stationery prices shoot up 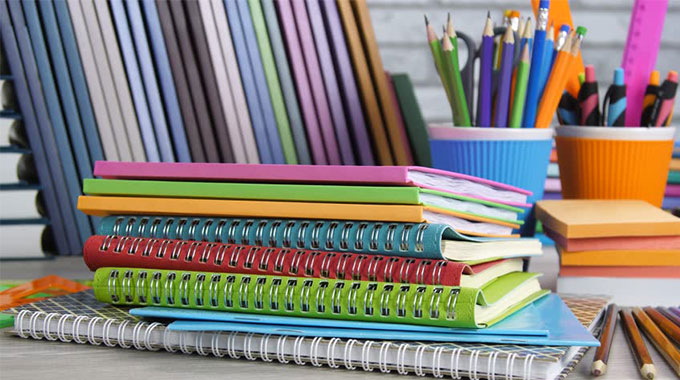 AS schools open for the first term of the year on Tuesday, parents are not only agonising over high fees, levies and uniforms but are losing sleep over the quantity and cost of stationery as well as groceries that schools are now demanding.

In the past, parents would worry about fees and uniforms but the introduction of the new curriculum a few years ago, has seen schools coming up with outrageous demands some bordering on greedy.

The schools, as a way of circumventing the eagle eye from the Government on fees and levies have turned to huge demands on stationery that have left some parents wondering whether some of the things being demanded are related to learning or have become “staff’s grocery wish list”.

“No, no, I am not worried about the fees anymore, I am worried about what the school is demanding,” said Mrs Babra Moyo whose child is starting Grade One at a Government school in Bulawayo.

“Look at this paper, this is what the school wants for my kid to start school,” she said showing a full-paged paper with a long list of stationery and groceries that the school is demanding.

In addition, the school requires the parents to buy tissue paper, cobra, Domestos, hand wash among other groceries.

To put into context, that amount only is more than what a headmaster got paid at the end of December.

“As for the exercise books, it’s around $200, the other stationery depending on where you are buying them from, you will need more than $500,” said Mrs Moyo.

“All in all, it means I need more than $2 500 to just buy all these requirements and you wonder when schools come up with such lists do they look at even themselves, I mean even their own teachers cannot afford this so where is the logic?”

Another parent, Mr Peter Sithole said schools were now hiding behind the new curriculum to demand some stationery which is obviously not necessary.

“Take for example at this school, a Grade One and ECD child must bring three ball pens including red pens. Even if it is for the teacher, if each child brings a red pen, does the teacher require 40 red pens and more than 100 blue pens per term to use, for what?

“Even the tissues, in the past we have never heard of our children saying they are using them, so who is using them at the end of the day,” said Mr Sithole.

He said what was worrying was that parents also pay levies which are meant to buy some of the items demanded by the schools.

“The Government must look into these issues, besides who audit all these things we are buying, we are not even sure if they are used for the intended purposes. At another school I heard teachers are selling exercise books and bond paper, you wonder if these are not the same goods that parents would have bought,” he said.

The huge demand for stationery and other learning materials came after the implementation of the new Education Curriculum.

While experts have praised the curriculum on paper, its implementation has been dodged by the lack of requisite material to support the new demands.

Schools have simply passed the burden to parents but due to economic hardships most of the parents are struggling to meet the demands.

The situation is worse in rural areas where the schools cannot demand books from parents because they cannot simply afford.

In the past, Government would provide books and stationery to all schools creating an almost equal learning environment.

The demands have also created a new breed of people who are now photocopying some of the textbooks demanded by schools and selling them on the streets.

Most corners in cities have now been taken up by book vendors who are taking advantage of the demands for books and pirating the stationery.

This has also prejudiced writers of money as their works are now being pirated.

Primary and Secondary Education Minister Cde Cain Mathema said the Government was aware of the situation at hand and was trying to come in but was also constraint.

He said distribution of some of the textbooks was under way although the numbers were still very small.

“I am encouraging local individuals who are authors to approach the ministry so that we publish those textbooks as they are in short supply. By so doing we are making it possible for every child to access necessary learning material.

“As a ministry we want people to make money by producing books for students from ECD right up to tertiary level and in this manner everyone will benefit. I also encourage university students majoring in languages to produce material so as to reduce piracy as we have little material in schools,” said Cde Mathema.

He said piracy has always been there but it was spiraling due to the shortage of text books for the new curriculum.

“Piracy is not a new thing but it has recently become more popular even in schools, therefore as Government we have embarked on taking disciplinary measures to counter this act by increasing fines for criminal offences by up to 200 percent in a new scale of fines announced in terms of the Finance Act and the Criminal Law (Codification and Reform) Act,” said Cde Mathema.