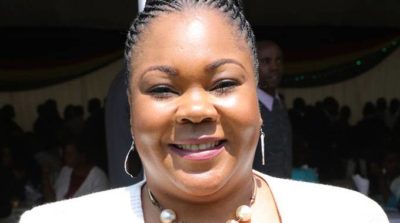 Sources in the Ministry of Lands, Agriculture, water, Climate and Rural Resettlement allege that Temba Mliswa, Norton legislator and brother to the minister is privy to the land seizures.

Official documents seen by the Independent, corroborated by accounts from government officials, indicate that the state has already made moves to downsize two of the most productive farms in the province, to pave way for senior government officials.

These are Hunyani Farm, a 2 400ha estate located just outside Norton, which belongs to Peter Drummond and Robert Davenport’s Stapleford Farm in Darwendale.
Hunyani Farm is currently under an impressive winter barley crop grown under contract with Delta Beverages and boasts a massive poultry project which produces 70 tonnes of chicken per month.

It is home to Drummond Chickens, a common brand on the retail market.

Some sections of the farm are reserved for beef production and have about 700 cattle.

Stapleford Farm is mainly a horticulture hub that produces blue berries, which are exported to the European Union market, earning the country much-needed foreign currency. It also boasts of one of Zimbabwe’s biggest piggeries.

According to intelligence sources in the security establishment, as well as officials in the Ministry of Lands, Agriculture, Water, Climate and Rural Resettlement, deputy chief secretary in the Office of the President and Cabinet (Finance and Administration) Martin Rushwaya, is allegedly one of the senior officials angling to get 500ha at Hunyani Farm.

Mary Mliswa is said to be allegedly seeking a portion of Stapleford Farm, while a mining executive and top government officials are also eyeing land.
“Although (Martin) Rushwaya has a farm in Mvuma, he has been looking to get a farm closer to Harare. He complains that the one he was allocated by government during the fast-track land reform programme is too far away from the capital city. He has identified Drummond’s farm and the process to allocate him 500ha there is already underway,” an official said.

“Actually, he knows how productive the farm is from the days when he was permanent secretary in the Ministry of Defence. He used to buy chickens from there on behalf of the army and when he left, the supplier was owed substantial amounts of money, I think in the region of half a million of United States dollars or so.”

The Independent understands that Norton legislator, Temba Mliswa, has been instrumental in trying to convince Drummond and Davenport to voluntarily give up their land.

Officials in the Lands ministry, however, say the farmers have been resisting the manoeuvres and are hoping government will have a change of heart because of their production records and the fact that there are many unproductive farms in the province.

“Drummond insists that he gave up his 5000ha farm in Chegutu in 1990 after he sold it for half the price to government and was promised that his farm would not be downsized since he had already significantly contributed to the land reform programme,” a government official said.
“He has had meetings with the minister (Mliswa), who is, however, not willing to budge.”

Official documents also show that Agriculture and Lands minister Perrance Shiri has written to Drummond informing him that government would be downsizing his farm to 500ha.
Shiri’s letter, dated May 6, 2020, came after Drummond applied for a 99-year lease through the OPC for the 2 400 hectares.
Drummond had a subsisting five-year lease for the property, which has since been cancelled.

“Your request for a 99-year lease has been approved and will be guided by provisions in Statutory Instrument 41 of 2020, which stipulates maximum farm size of 500 hectares for your region. The remaining extent may be leased out on agreed terms and conditions following re-planning of the land. Our planning team will immediately visit Hunyani Estate 3B to carry out the replanning exercise,” Shiri’s letter reads.

Drummond declined to comment on the matter when approached by the Independent this week. “I am sorry I cannot help you on that issue. I don’t know where you got such information and therefore I am not in a position to talk to you,” he said.

Shiri has also written to Davenport informing him of government’s decision to downsize his farm, measuring 1000ha.
Mliswa however denied land gabbing allegations, saying her duty as chairperson of the provincial lands committee was to implement an already existing government policy on the downsizing of farms.

“All that is false. As you are aware, the downsizing exercise is government policy for all farms above the size of 500ha whether you are black or white. Mr Davenport has consented to the exercise to be downsized and he is very involved in the whole process. I do not wish to benefit from it,” she said yesterday.
“As Mashonaland West, we are actually working towards giving the white farmers security of tenure in the form of offer letters, so that their investors can be confident to pour in finances in their farm operations.”

However, documents at hand indicate that Davenport is strongly opposed to the proposal and has written to Shiri, appealing against government’s decision to downsize the farm.

In addition, he has a massive piggery project producing 1 000 porkers per month and a world-class abattoir “built to export rating standards”, as well as a stock feed plant producing 130 tonnes per week. Blue berries cover an area of 7ha and are mostly exported to Europe.

“All these operations are mutually dependent on one another. We believe that by downsizing to a maximum size of 400ha, the entire operation would become unviable and Zimbabwe would lose one of its most sophisticated and productive mixed farming operations,” Davenport wrote on January 18, 2020.

“For this reason, we hereby appeal to the Ministry of Agriculture and the government of Zimbabwe to reconsider its policy on maximum farm size in order to not only save existing successful and productive projects, but to encourage much-needed further investment in similar projects going forward.”
He, however, declined to comment on the matter.

“As you know this is a complicated and sensitive issue and I do not want to be seen as taking my issues to the press,” he said.
Temba Mliswa said he was not involved in the acquisition of land, but said his sister was implementing government policies.

Mliswa said if Drummond thought donating 25 sheep to President Emmerson Mnangagwa during the commissioning of the Norton flyover was safeguarding his farm, he was misled. He said Drummond and Mnangagwa knew each other very well.

The Norton MP said he does not know who the beneficiaries of the “downsized” farms will be, but one Dr Mukona, who was “Drummond Chicken chairperson, will get 500hactres, where Drummond was doing his chicken production.”

“Drummonds wanted to use Mukona, but it backfired. Mukona will now get 500 hectares from the farm, at the place he was doing his lucrative chicken project,” Mliswa said, asking: “So how does Mliswa come in?”

Efforts to get comment from Rushwaya were fruitless, as calls to his mobile phones went unanswered. He did not respond to text messages.
Government has also made moves to repossess farms owned by former cabinet ministers Jonathan Moyo, Patrick Zhuwao and Saviour Kasukuwere.