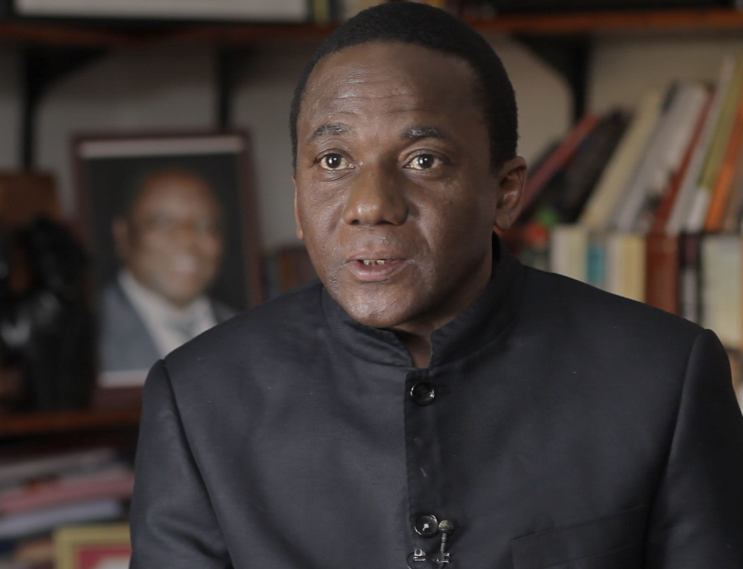 HARARE – A fresh row has erupted between the MDC Alliance and the Zimbabwe Electoral Commission (Zec) over the release of voters’ cellphone numbers — after Zanu PF allegedly sent text messages to people soliciting for votes ahead of this month’s watershed national elections.

This comes after Jameson Timba, the chief election agent for the Alliance’s presidential candidate Nelson Chamisa, told the Daily News yesterday that there was a potential breach of the Constitution — following several Zanu PF candidates allegedly sending out SMS messages to registered voters.

Among its allegations, the MDC Alliance claims that Zec may have given the ruling party a voters’ roll with the cellphone numbers of voters.

“Although we are prepared to talk to Zec, we are worried that Zanu PF seems to have the telephone numbers of people. It seems as though Zec gave Zanu PF a voters’ roll with people’s numbers and that is a cause for concern,” the irate Timba said.

But Zec vehemently denied the claims yesterday, describing the allegations as “mischievous”.

The electoral body also claimed that the messages were bulk telemarketing advertisements that are always sent to mobile users by service providers.

In disowning the messages, Zec said further that the messages did not also show the polling stations, wards and other registration details of voters.

Zec commissioner Qhubani Moyo told an interface meeting that personalised messages sent to members of the public asking them to vote for the ruling party were not emanating from the commission, but from service providers.

“We have read that reports that the commission has dispatched your numbers to political parties. That is untrue. You may want to know that service providers do have a facility in which anyone doing marketing can pay to access the data base of their clients and pay for that, to distribute their messages.

“In this case, no one accessed your information via the database of the commission. We are protecting the privacy of voters. That information is straight from the service providers … we are not responsible,” Moyo said.

But the SMS messages that are being sent by Zanu PF candidates are said to be targeting people registered in particular constituencies.

At the same time, the country’s biggest mobile network operator, Econet Wireless, also dismissed the claims that it could have played a part in the saga, saying it was against its company policies and the law to issue its customers’ information to third parties.

“Econet holds customer and client data in the strictest of confidence in line with the requirements of the law. It does not give or sell any customer data to third parties.

“The company only shares relevant customer information with regulatory authorities, such as Potraz (Postal and Telecommunications Regulatory Authority of Zimbabwe, in line with subscriber registration rules and its licensing requirements,” Econet said in a statement.

State fixed line operator TelOne also said in a terse response: “We do not issue any customer information to Zec”.

Efforts to obtain comments from the other two mobile operators — NetOne and Telecel — did not bear fruit.

Priscilla Chigumba, the Zec chairperson, said she would probe the matter to establish if there had been any data breach.

“We will investigate and find out where the source is coming from …and where we discover that there has been any wrong doing, we will take appropriate measures,” she said.

Constitutional law expert Alex Magaisa said Zec had to explain to the electorate how contestants had ended up having the numbers of registered voters around the country.

“Some have reported that they received texts from candidates soliciting for votes. They are concerned as it is unclear how the candidates got their numbers.

“If it’s from the voters’ roll, Zec must clarify if this use is consistent with Section 20(9) (b) of the Electoral Act,” he said.

Magaisa, who once served as an advisor to the late MDC leader Morgan Tsvangirai, said Section 20(9) of the Constitution “has restrictions into the use of information on the voters roll”.

Opposition parties, particularly the MDC Alliance, have been at odds with Zec over demands for electoral reforms.

On June 5, the MDC Alliance held a huge demonstration to press Zec to accede to its demands to avail the voters’ roll and to allow the opposition to witness the printing of ballot papers.

Tomorrow the MDC Alliance, backed by other parties, will hold another demonstration against Zec.