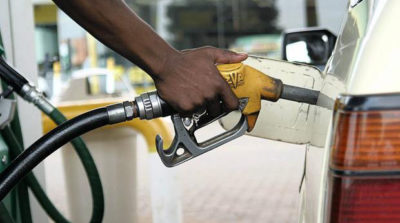 AS Zimbabwe’s fuel crisis intensifies, we took time to track the number of times the Zimbabwe Energy Regulatory Authority (Zera) formally announced an increase in the price of fuel over the past 12 months.

We found the energy regulator had, in the period under review, issued over 30 notices announcing adjustments and notifying business and the public of increases in the price of fuel. There were other unannounced increases, with motorists waking up to be greeted by fuel price hikes implemented overnight and without warning.

It has become impossible for business and individuals to plan given the magnitude and frequency of increases. There is no stability, largely because fuel prices have been trying to keep pace with the ongoing currency volatility in the country.

The fuel crisis is fueling public anger and stoking tensions in a country already experiencing runaway inflation, with large swathes of the Zimbabwean population facing hunger. The shortage has spawned corruption along the entire fuel supply chain, with some desperate motorists resorting to a flourishing black market.

It does not need a rocket scientist to determine that government has failed to resolve the country’s fuel crisis. Zimbabweans are spending long hours in queues, losing productive time in the process. Capacity utilisation is tumbling. Government has repeatedly tried to assure the nation that it is focussed on issues relating to the fuel shortage crippling the country. Its attempts at placating the population in the past year have included wheeling out several officials, ranging from the central bank governor, the Energy minister, the energy regulator and even President Emmerson Mnangagwa, to explain the fuel shortage, with some promising a solution.

In July 2019, government announced it had set up an inter-ministerial taskforce to tackle the fuel and energy crisis, adding to dozens of other different taskforces set up by government to resolve a myriad of problems. Nearly a year after the formation of this fuel taskforce, a restive population and struggling businesses are still facing incessant shortages, long queues and more promises of a resolution.

This week, government announced another shock rise in the price of fuel, pushing the country to the brink of another crisis. Zimbabweans are bracing themselves for a round of steep price increases across the board, including a hike in prices of services, goods and food. Sadly, no employer can award salaries that can keep up with the expected huge increases.

Government has not been short of someone to blame for the fuel problems, with a long list, including saboteurs, political opponents, sanctions and forex shortages said to be responsible. Public debate on the fuel crisis has focussed on allegations of corruption in the sector dominated by a fuel cartel and opportunities for arbitrage.

It is more than two years since Mnangagwa swept to power and sadly his presidency, just like his predecessor, will continue to be tainted by allegations of corruption in the procurement and supply of fuel. Now is the time for government to act decisively to save the country and avoid fuel protests like we have witnessed before.