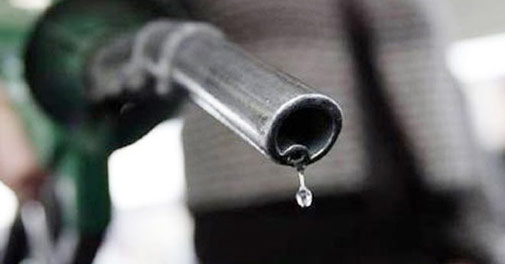 DESPITE government castigating business for over-pricing, there is likely to be no respite for the embattled consumer anytime soon as the price of fuel continues to go up, almost on a weekly basis.

A survey by the Daily News yesterday showed that service stations in and around the country have further increased their prices by at least two cents, leaving the price of petrol retailing at a minimum $3,44 per litre, while diesel remains unchanged at about $3,20 a litre.

While the weekly price increases may appear insignificant when viewed in isolation, cumulatively they are heavy on the pocket. The latest increase is the fourth in just over three weeks.

At the beginning of this month, the Zimbabwe Energy Regulatory Authority (Zera) increased the price of petrol by a marginal three cents to $3,40.

A week later, the price was further increased by one cent before motorists were hit by another upward adjustment a week down the line.

At the time, Zera said the increases were due to a slight increase in the free on board (FOB) price.
Zera is a body corporate established in terms of the Energy Regulatory Authority Act to regulate the entire energy sector in Zimbabwe in a fair, transparent, efficient and cost effective manner for the benefit of the consumers and energy suppliers.

It derives its mandate from the Energy Regulatory Authority Act [Chapter 13:23] of 2011 read together with the Electricity Act no 4 of 2002 [Chapter 13:19], the Petroleum Act [Chapter 13:22] of 2006 and subsequent amendments.
Regarding the latest price increase, government is blaming it on fluctuations in prices on the world market.

“What I know is (that) when international prices go up, our fuel also goes up, but with only a few cents, I don’t think it’s significant and it’s not permanent if it is caused by the international price of fuel. I don’t think there is an official increase from Zera or from the ministry,” deputy Energy minister Magna Mudyiwa told the Daily News yesterday.

Zimbabwe has over the last few months been experiencing intermittent fuel supplies that have left motorists stranded.

The shortages, coupled with the price increases have also resulted in public transport operators hiking their fares, leaving the hard-pressed Zimbabweans in a dire situation.
The rise in the cost of fuel has a negative impact on the economy, which has plunged into a recessionary heap.

It has the effect of putting pressure on the cost of transporting goods as well as the ultimate price of the goods and services themselves.

Already, consumers are feeling the pinch after prices of basic commodities went up exponentially from September last year when Finance minister Mthuli Ncube introduced an unpopular tax on electronic transactions.

The prices were to go even higher in January after President Emmerson Mnangagwa more than doubled the cost of petrol, sparking violent protests, which left over 12 people dead following an army crackdown.

Following this increase, Progressive Teachers Union of Zimbabwe dragged Mnangagwa to the High Court, arguing the decision to hike the prices by 150 percent was illegal and unconstitutional.

The case is still pending before the High Court.
According to Equity Axis, a financial media firm, which focuses on Zimbabwe and African businesses, economic and financial news and data provision, the demand for diesel has been increasing over the last few months.

“Diesel demand has strikingly been increasing over the last few months and the government notes that the gain is due to regional truckers taking advantage of the lower cost of fuel in Zimbabwe relative to the region when the RTGS to USD parallel exchange rate is factored.

“Energy demand broadly remains high, with diesel imports coming in at a year high of $127 million. Our view is that the import structure is largely in shape with minimal excesses and should cautiously be managed rather than aggressively suppressed. Suppression through substitution should be systematic and should follow market principles with little inclination to controls where necessary.

“The only sustainable way of managing Zimbabwe’s external trade position in our view is through increased local production and exports. However, to spur production, companies need competitive and affordable capital to retool as well as viable utility costs,” the organisation said.