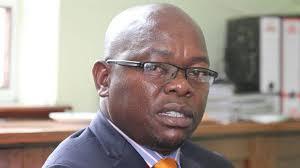 HARARE – Fuel shortages have hit hard in local authorities as most are now failing to conduct their service delivery mandates.

Yesterday, Harare City Council spokesperson Michael Chideme said Harare would not be collecting garbage as it did not have fuel stocks for the refuse trucks.

The threat to service delivery comes amid fears that Zimbabwe could be hit by diseases such as typhoid and cholera again as there is no water and garbage collection.

“Due to the prevailing fuel shortages on the market, we are unable to do our scheduled garbage collections. Yesterday 16 vehicles were deployed and have since exhausted their daily allocations and now efforts are being made to secure the fuel,” Chideme said.

He said once they secure their fuel allocations, they will resume garbage collection.

Gweru has also had to resort to one refuse truck collecting garbage for the whole city as most of them are either grounded by technical problems or do not have fuel.

Gweru mayor Josiah Makombe said the fuel crisis had hit the council hard and feared that diseases could soon spread.

“Our residents should bear with us as we try and find fuel. We do not have special allocations or reserves so we are all part of the suffering,” Makombe said.

Since last December, Chitungwiza has been periodically failing to collect refuse in some suburbs, prompting residents to spend the days on end with garbage at their homes.

“We regret to inform you that we will not be collecting refuse due to fuel challenges. Affected areas by non-collection were Units A, D and L, Zengeza 2 and Zengeza 3 extension as well as Manyame industrial and commercial areas. Any inconveniences caused are regretted,” the council said.

Chitungwiza residents have, however, been complaining that with the daily rates payments being made at council, they do not collect refuse as per schedule.

Chitungwiza and Manyame Rural Residents Association chairperson Marvellous Kumalo argued that refuse collection has always been a challenge for the council.

“Garbage has never been collected on time in Chitungwiza and we have been consistently at loggerheads with council over that issue as it exposes residents to diseases such as typhoid and cholera. They should have contingency plans for these kinds of situations,” Kumalo said.

He, however, added that while the fuel shortages are not the council’s problem, government should urgently prioritise fuel allocations to local authorities in order for them to carry out service delivery.