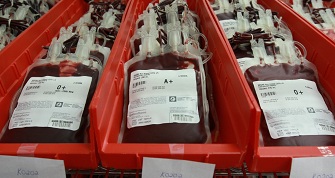 HARARE – The fuel shortages being experienced throughout the country have hampered efforts aimed at boosting the national blood bank in what could trigger a crisis  as the festive season approaches, it has emerged.

Well-placed sources within the National Blood Services Zimbabwe (NBSZ) revealed that some mobile teams have been missing scheduled sessions to collect blood donations owing to the fuel shortages although the unit’s public affairs manager Ester Masunda could neither confirm nor deny the development.

“The government has stepped in by assisting so that is something that is being addressed holistically. Since we are getting into the festive season, we don’t foresee any problems,” she told the Daily News after being contacted for comment.

“The service stations have also been very cooperative. Of late, they have been prioritising NBSZ in any way they can, especially the ones where we have accounts.”

Masunda reassured the nation that there would be enough blood over the Christmas and New Year holidays, adding that NBSZ is targeting to collect 15 000 units of blood before the start of the festive season.

The country usually experiences high blood demand during the festive season due to an increase in the number of accidents that usually occur during this period.

She said: “We are launching our campaign on November 1. So, we don’t foresee any form of challenges because we have already lined up a series of programmes which are meant to ensure that we have enough blood for that period.”

Commenting on the current state of blood supply in the country, Masunda said there is enough blood stock as they have been able to provide hospitals with their orders.

She said this was necessitated by the organisation’s decision to have more mobile teams.

“We already have more mobile teams. In Bulawayo for example, we have two mobile teams, (in) Harare we have three, Mutare two, and Gweru and Masvingo one (each). The more teams we have, the more blood that we collect,” Masunda said.

“We already have plans across the country; we are going to have campaigns targeting the youth and adults and the month of December is the youth donor month so we anticipate collecting more units of blood from them. Now that blood is free, there has been an improvement in the distribution of blood and blood products.”

With effect from July 1 this year, government scrapped fees on blood for patients at public health institutions and mission hospitals.

NBTS has its roots in the Salisbury Districts Blood Transfusion Service (SDBTZ), established in 1958 as a not-for-profit making company under the Companies Act.

NBTS was then formed and registered as a non-profit making organisation in May 1989 following the amalgamation of HDBTZ and BDBTZ.

In 2006, it was renamed from National Blood Transfusion Service to NBSZ.

Before NBSZ set up its own mobile teams the Zimbabwe Red Cross Society used to do all bookings for mobile teams as well as the collecting of blood and NBSZ would do the testing in its laboratories.

NBSZ has five strategically positioned sites in order to fulfil its mission to the nation.