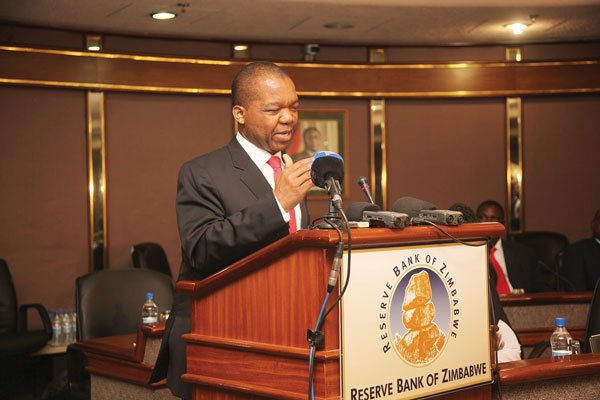 RESERVE Bank of Zimbabwe governor John Mangudya yesterday said the current fuel shortages will ease by end of the month, attributing the problem to delays in the processing of lines of credit (LCs) and the lack of working capital by oil companies.

The governor said fuel shortages were not caused by lack of foreign currency, but the long time it takes (two weeks) for LCs to be processed, creating gaps in the supply and distribution of the product on the market.

He said in January, government paid $91,9 million for 150 million litres and in February $80,6 million was released for 135 million litres, but out of those litres only 104 million litres were delivered for both months, leaving the gap which caused the shortages.

“The LCs go to three different banks and the third bank then advises the supplier that the fuel has been paid for and that it should be released by the National Oil and Infrastructure Company from Msasa, where the fuel will be bonded,” Mangudya said.

“What happened was that capital of oil companies was based on old retail prices, but now that it is real time gross settlement dollar they do not have working capital and fuel dealers do not have enough cash to purchase from the oil suppliers, and what we are seeing are queues caused by lack of cashflows and LCs.”

He said the gap where the US$ rate suddenly changed from 1:1 to 1:2,5 meant that service stations were now spending more money on fuel for their consumers.

Finance ministry secretary George Guvamatanga also appeared before the committee to speak on the excise duty refund framework to transporters, miners and others in terms of rebates in order to curb price increases.

“One of the conditions of qualification for the rebate is that you should not have increased prices due to the review of fuel because this is taxpayers’ money we will use to refund. If you decide to self-compensate by increasing prices you will be disqualified and there are penalties for that,” Guvamatanga said.

“Pronouncements by the President in January, which saw changes in pricing of both diesel and petrol, have seen savings and we have noticed in the last two months of January and February that consumption is going down and we believe it is because of the prices,” Gumbo said.