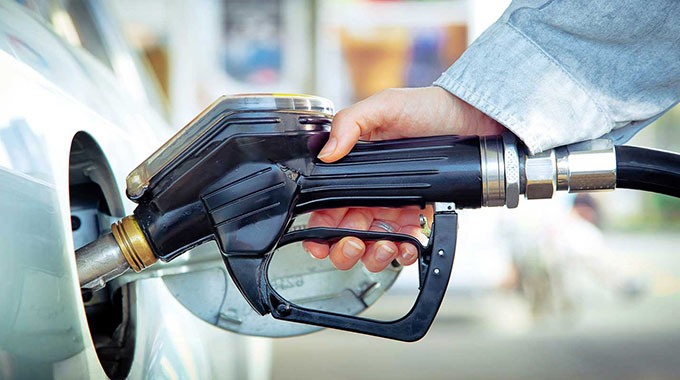 FUEL supplies started improving yesterday as more service stations received deliveries or were told they were scheduled for a delivery very soon after the Reserve Bank of Zimba­bwe (RBZ) released foreign currency to enable oil companies access fuel stocks that were already in the country.

In Harare, service stations started the day dry, with the minority that had received fuel over the last few days sold out, but deliveries were being made during the day and motorists were queueing from early morning at those stations that were expecting deliveries.

Most Direct Fuel Import (DFI) ser­vice stations around the city had fuel throughout the day.

In Matabeleland South, some motorists in Plumtree were crossing the border into Botswana to get sup­plies for resale in the town at a signif­icant mark-up. In Gwanda two of the four services stations had fuel while in Beitbridge more than half the 10 service stations received limited sup­plies although some motorists were still crossing into South Africa. Three service stations authorised to sell fuel in forex had supplies.

In Mutare, Total, Zuva and Petro­trade service stations received fuel on Thursday and yesterday, but deliveries were quickly sold out as demand was very high following the recent tight supplies.

The situation was the same in the Midlands where a few service stations received fuel, while some motorists were travelling to Chachacha Business Centre in Shurugwi rural to get fuel at a service station that sells fuel in foreign currency.

In Masvingo fuel deliveries had improved although most services station had long winding queues. But Engen, Exor, Total and Zuva garages had received petrol. A fuel attendant at one of the Zuva service stations in the city said they were expecting to get diesel by end of day yesterday.

“All the cars that are queueing here will get fuel as there are adequate sup­plies. For diesel, we are waiting for delivery later in the day and we want to assure motorists that it’s coming,” he said.

Some service stations in Masho­naland West started receiving fuel yesterday, easing the pressure on the few that had petrol and diesel over the last few days.

In Chinhoyi, fuel was available at Engen D and R and also at Petrotrade, resulting in queues becoming shorter.

The situation was the same in Che­gutu at service stations such as Tingle where there were no queues.

Kariba has been dry for the better part of the week, with Total and Zuva service stations expecting deliveries late yesterday.

While measures have been taken to improve deliveries of fuel bought with interbank funds and sold to motor­ists in Zimbabwe dollars, usually by swipe card or mobile banking transfer, steps are being taken to expand the number of service stations licensed to sell in foreign currency but under controls that will prevent cheating and ensure the higher forex duties are paid.

The RBZ has authorised the Zim­babwe Energy Regulatory Authority (ZERA) to register more fuel service stations that have proven free funds and wish to arrange their own imports to apply for forex licences.

RBZ Governor Dr John Mangudya said the central bank had given exchange control approval for ZERA to receive applications from fuel com­panies that have free funds for direct imports to be sold in hard currency.

This could expand the number of stations licensed to import and sell fuel in forex.

The main requirement facing regu­lators is to ensure that fuel in the gen­eral supply system is not diverted to the forex service stations and that these stations do, in fact, have the free funds required to arrange their own imports.

Generally, a station has to sell exclusively in Zimbabwe dollars or exclusively in forex to avoid any diver­sions and to ensure that the fuel in a forex station is sourced outside the general system using legally-held free funds.

Secretary for Energy and Power Development Engineer Gloria Magombo said ZERA was work­ing on a watertight framework and licensing regime to curtail abuse and potential hazards from this arrangement.

Engineer Magombo said they will make sure they come up with fool­proof measures guided by terms and conditions including limits on the number of fuel stations and geograph­ical spread of service stations that sell in forex.