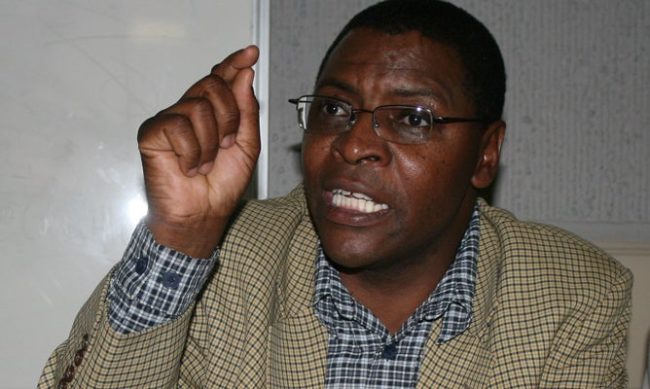 Ncube made the remarks on Wednesday in Bulawayo at a meeting to enlighten residents on the Constitutional Amendment Bill.

He said the government and the Local Government minister, responsible for its implementation, seem not to understand the devolution clause in the Constitution (section 264) and what the concept entails or they deliberately do not want to implement it.

Ncube said one of the reasons the late former President Robert Mugabe was deposed was his failure to implement devolution.

“If you remember well when people were jumping in the streets saying Mugabe must be impeached, kissing the generals as cruel as they are, one of the charges against Mugabe was that from 2013 to 2017, he fully refused to implement devolution,” Ncube said.

Government last year disbursed funds to local authorities in the absence of laws to operationalise devolution.

Section 265(3) of the Constitution requires an Act of Parliament to provide appropriate mechanisms and procedures to facilitate co-ordination from central government, provincial, metropolitan and local councils, laws which have not been crafted.

Devolution is anchored on the principle of empowering provincial and metropolitan government councils to spearhead economic and social development projects in their jurisdiction leveraging on local resources.

It was adopted as a key component of the 2013 Constitution and is one of the founding values and principles of the Constitution.

Speaking at the same occasion, former State Enterprises and Parastatals minister Gorden Moyo said they had not seen devolution as wished by the public in the Constitution.

“The day devolution is really implemented, many things will be done in the local communities. At the moment, we still rely on central government. I don’t think the minister responsible for devolution really understands the concept.”

Doing away with the centralised system would improve service delivery, which collapsed in the past two decades.

“The problem of the government is their priority. They are busy saying they want to gain public confidence and public trust, but when you come up with a controversial programme like the constitutional amendment, you lose on national confidence and trust including your international friends,” he said, adding that government should not interfere with the Judiciary.

Moyo said the government could legally amend the Constitution, but morally, it was wrong as they must respect citizens’ views.

Letrica Mumba, one of the guests, said the Constitutional Amendment Bill was retrogressive and inimical to the progress achieved in 2013.

“We are going back to the time when we had one centre of power, where the President would hire and fire someone and that is shown by most of the clauses,” Mumba said.

Mumba said the President can consult, but the final decision was his. The meeting was attended by residents, civic society organisations and political party representatives.