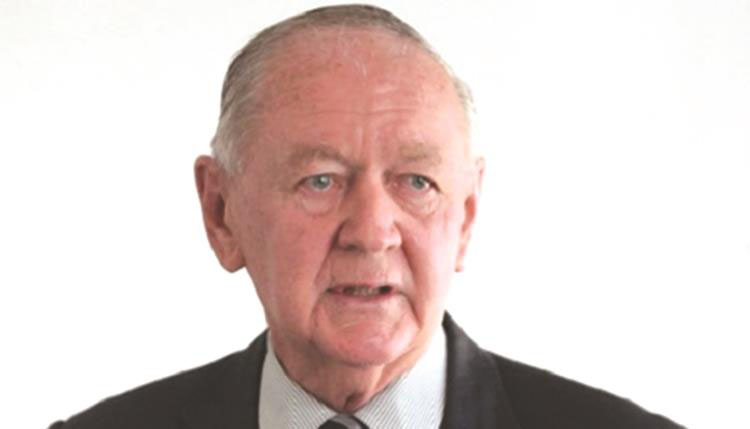 Business Reporter
The coronavirus is putting a strain on revenue flows and further reviews on income tax could help stoke demand, experts have observed.

Most listed companies have recorded a low demand for goods and services in their interim financials to June 30, as disposable incomes have remained subdued.

Economists who participated at an online conference on the role of taxation to economic development during the pandemic agreed that taxes could be further tweaked to drive demand.

Mr Eddie Cross, an economist and member of the RBZ’s Monetary Policy Committee (MPC), said it was possible to cut income taxes and corporate tax, and increase the transaction tax to 5 percent to maintain revenue inflows.

“The transactional tax will still bring in more revenue than the two tax heads combined,” he said during an online economic development and outlook symposium hosted by Global Renaissance Investments (GRI).

The symposium interrogated taxation for economic growth during the Covid-19 outbreak and beyond.

An ideal and attractive tax structure, Mr Cross added, could help retain skilled labour and encourage the informal sector to regularise their activities.

It is believed that the corporate tax structure in the mining sector could be adjusted to ensure that the country
benefits from its non-renewable resources.

According to the Zimbabwe Revenue Authority (ZIMRA), net revenue collection for the second quarter of 2020 rose by 542 percent to $20,1 billion from the $3,1 billion recorded during the same quarter in the prior year.

Companies, individuals, excise duty and value added tax (VAT) on local sales were the major contributors to revenue, accounting for 21 percent, 17 percent, 15 percent and 10 percent in that order.

A total of $4,1 billion was collected under the companies’ revenue tax head, a positive performance mainly due to the nominal profits recorded by most businesses on the back of the hyperinflationary environment.

A total of $3,5 billion was collected from individuals against a target of $1,7 billion on the back of cost of living adjustments, interbank rate adjusted salaries and allowances paid by companies to cushion employees from the effects of high inflation.

The effects of Covid-19 on manufacturing are felt across value chains and by the ordinary consumer, creating scope for effecting tax holidays as a cushion against the obtaining economic challenges.

Mr Mutashu said collected taxes and levies had to be deployed effectively to enhance service delivery.

“Take, for example, City of Harare recently increased shop licensing fees and this goes down to the ordinary consumer, yet there isn’t much to show for it in terms of service delivery.

“While there are increases in the taxes, let us see what is being done with what is collected.

“We expect some tax holidays although Government needs to play a balancing act to ensure adequate revenue to fund projects.

“There are some bottlenecks that should be removed.

“For instance, if you charge USD you should pay taxes in USD, but there is no mechanism to capture that effectively at the moment.”