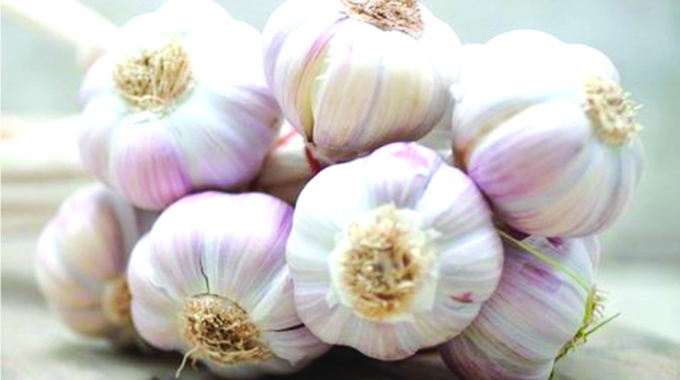 Sydney Mubaiwa recently in Gutu
Smallholder farmers in Gutu Central Constituency  who are into garlic production have entered into a partnership with ZimTrade and local seed houses to increase productivity.

The arrangement will also see the farmers exporting their produce to international markets. The villagers took up garlic production some three years ago under an initiative led by area legislator, Mines and Mining Development Minister Winston Chitando.

With some households having earned over US$6 000 this year, the next stage is to explore the foreign market through increased production.

The villagers who have also ventured into chilli production are upbeat about future prospects given the way their lives have changed for the better through the project.

Villagers who spoke to The Herald Business and Finance said they were excited by the economic opportunities created by the project saying they are eager to expand their garlic farming efforts.

Mrs Felistas Dzinoreva, a garlic farmer from  Dzinoreva village in Ward 35, said part of the money she realised from the last harvest had enabled her to buy a water pump to start irrigation farming.

“Through garlic production, I was able to raise school fees for my children, buy some household utensils and save some for my children’s pocket money. Having started this project last year, I must admit that it has brought me some financial relief which I never knew was possible for women in the villages,” she said.

Other farmers also said they hoped to get more land and form bigger garlic farming cooperatives that will create jobs for rural youth and women.

Creation of viable rural economies is among priority Government programmes to ensure communities move away from relying on donors and Government aid during times of drought.

Agritex extension officers in Gutu Central  were honoured  by SeedCo for their excellent working relationship with villagers in their area of operation.