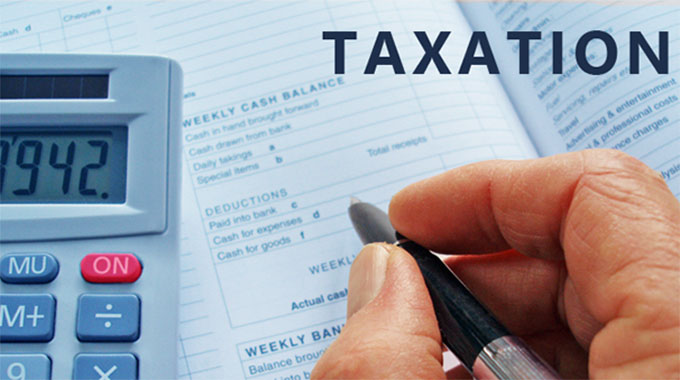 Rather, its achievement has enormous socio-economic ramifications as empowering women has a catalytic impact towards thriving economies, spurring productivity and growth.

Curtains come down on International Women’s Month commemoration today, that was themed “#ChooseToChallenge” as women continue to fight for equality in the corporate world as well as in other spheres of life.

Since the early 1970s, there have been several developments on gender equality. Among the notable was the United Nations General Assembly adoption of the Convention on the Elimination of all forms of Discrimination Against Women (CEDAW) in 1979 and the 1995 Beijing Platform for Action.

In 2015 we had the UN’s Sustainable Development Goals (2015) as part of Agenda 2030 for sustainable development, which slotted gender equality as a goal in its own right, enshrined in SDG 5 and it cuts across all 17 SDGs, which contains 45 targets and 54 indicators related to gender equality.

This was further buttressed in the African Union’s Agenda 63 Goal number 17 in May 2013, where aspiration number six is for “An Africa whose development is people driven, relying on the potential offered by African people, especially its women and youth, and caring for children”.

One of the priority areas in this regard is the economic empowerment of women and girls, in particular.

Since taxation is the lifeblood of national development across the globe, the discourse regarding gender equality and taxation has recently been growing louder. This has seen key topics in the development policy debate on public finance, financing for development, as well debate on the responsibility of governments towards its citizens, being measured in terms of how they speak to gender-based interests.

As it is widely recognised, domestic resource mobilisation, and in particular taxation, is an important tool in the arsenal of developing countries in ensuring sustainable financing of their poverty reduction and growth strategies.

According to the African Tax Administration Forum, (ATAF), the sole regional taxation lobby agency, relying on taxation for financing government expenditures may result in a significant governance benefit by fostering domestic accountability between government and its citizens.

This makes increased interest in taxation in the developing world more critical, more so when it is accompanied by an interest in the gender implications of tax systems.

“The importance of gender equality and taxation, taken individually, has been widely acknowledged but are rarely discussed together,” says ATAF.

Indeed, taxation has historically remained a male-dominated industry, a fact that has been confirmed by existing literature, hence the call for a shift towards a gender equality lensed perspective.  ATAF acknowledges propositions by various schools of thought suggesting that tax should be used as a fiscal and social tool to rectify imbalance in gender relations. However, others rationalise and argue that “tax is of itself unlikely to make any difference” to female economic empowerment and demand that pro-poor tax policies should rectify gender imbalances.

What is clear, though is that the tax industry offers equal opportunities in terms of education and academic achievements for both women and men. The challenge, however, is that a few women make it to the highest levels of the field both in the public and private sector.  The 2019 African Tax Outlook revealed that of the 34 countries surveyed, 76 percent males were in administration positions with only 24 percent being women.

In Africa this is exacerbated by the cultural and societal barriers facing the promotion of gender equality, says ATAF.

More needs to be done to change this narrative. Hence, as part of global efforts to celebrate strides by women in March, ATAF would this week officially launch a “Women in Tax Network”, with the digital platform expected to unpack the role of women in taxation. The network would seek to promote the UN’s sustainable development goal number five and further the theme for this year’s International Women’s Day “Women in leadership: Achieving an equal future in a Covid-19 world”.

The drive to establishing an African Women in Tax Network, thus, is expected to empower women in the field of taxation to rise to leadership positions and stimulate growth and discussion in gender inequality and taxation.

“The launch of the ATAF Women in Tax Network will allow for African women working in taxation around the world to address gender equality and its impact on tax policy and tax administration through this platform,” said ATAF.

For Zimbabwe and the rest of its African peers, there are a number of benefits to be realised from mainstreaming gender or women involvement on taxation matters to economic development.

In this regard, having a Women in Tax Network in place is set to provide an active platform to exchange experience and good practices, as well as to raise awareness. This would further enhance access to an online community and professional network of women in tax, which would enrich women participation in meetings and conferences.

The value of having a professional network also comes with benefits of access to member’s only mentorship programme, networking opportunities and exclusive membership only events such as workshops, courses, seminars, training, webinars, co-hosted events and meetings, among others.

Previously, ATAF had raised concerns over gaps in investments by governments of tax proceeds towards creating a favourable business environment for women-led enterprises.

Economic experts are agreed that gender equality-focused policies would unleash immense potential of women. Already, ATAF concurs that the presence of African women holding high political office in their respective countries, and on regional, continental and global platforms, as well as in the private sector and in civil society bodies bears testimony to their leadership skills and abilities.

“But there is still more to be done,” says ATAF.

“Gender balance in revenue administration bodies varies, of course, from country to country. But imbalance is especially pronounced in senior management.”

Accordingly, the Women in Tax Network (AWITN) membership should accommodate more African females from the continent with an active interest in tax-related activities or working with an institution in the field of tax within Africa and around the world, including tax administration/revenue administrations, relevant ministries and academia among others.

“The ATAF Women in Tax Network (AWITN) is a unique platform that represents and connects the women of Africa working in taxation with the aim of furthering discussion on the effect of tax policy on gender equality and empowering women in tax,” said the tax body.

Going forward, there is a need for Zimbabwe and the rest of Africa to critically examine taxation and gender from different perspectives. This includes tackling implicit bias in tax structures, differing experiences of women in relation to tax officials, whether men and women react to compliance measures differently, the role of women in the tax administration and the informal economy, and so on.

The efforts by organisations like ATAF are commendable as they come in handy in improving gender balance in leadership positions in tax related organisations through facilitating for institutional change and identifying ways of implementing that change.