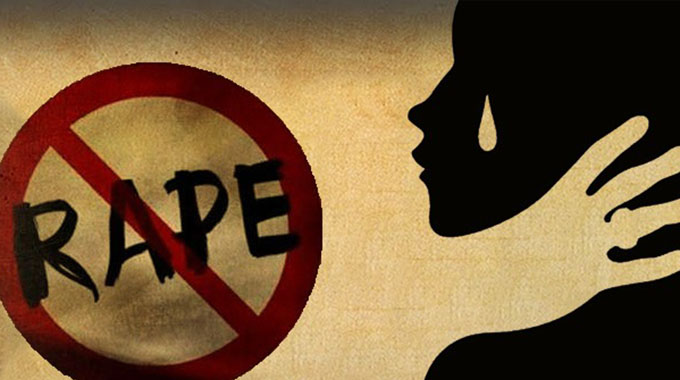 A 14-YEAR-OLD girl was last Saturday raped by an unknown assailant at a secluded area near a school in Chitungwiza after she had boarded a commuter omnibus from Makoni Bus terminus intending to go to Machipisa.

The victim was left by the driver in the custody of the suspect who is still at large near Chaminuka Primary School where the incident occurred at around 10am.

She was on her way home after visiting a relative in the town.

It is alleged that the commuter omnibus driver dropped off all the passengers in Chitungwiza before diverting from the route and drove near the school where there is a secluded place. After the offence, the girl was pushed out of the vehicle and they drove off.

A report was then made to the police who are still investigating the case.

National police spokesperson Assistant Commissioner Paul Nyathi confirmed the incident and warned rape perpetrators that the law will not spare them.

“Police in Chitungwiza are investigating a case of rape where a 14-year-old student boarded a white commuter omnibus at Makoni bus terminus intending to go to Machipisa last Saturday.

“Along the way, the driver dropped off all the other passengers and parked the vehicle besides Chaminuka Primary school in St Mary’s. The driver left the victim with an unidentified male adult who raped her once, forced her off the vehicle and drove off,” he said.

He said no arrests have been made and investigations were still in progress.

This is not the first time that women and girls have been raped after being offered lifts either by individuals driving their own vehicles or by public transport crews.

In August this year, a 23-year-old woman was raped by two men in a bushy area in Bulawayo after she was offered a lift.

No arrests were made and police are still looking for the suspects who were travelling in an unregistered black Honda Fit.

The victim had boarded an unregistered black Honda Fit with the two occupants in Pumula going to Amhlope High School at around 8.30am.

The driver diverted the route to a bushy area where they took turns to rape her.

Another 24-year-old woman was also raped by an unknown man in a bushy area close to Cranborne Road in Harare after she had failed to get transport to Masvingo. The woman was raped after her assailant had offered to accommodate her for the night. He then raped her as they were walking to his “house” along Cranborne Road.

Meanwhile, three men have been arrested in Esigodini, Bulawayo on allegations of kidnapping and taking a 27-year-old woman to a secluded area where they took turns to rape her last week.

The woman was walking along a foot path when he was confronted by three suspects who are still assisting police with investigations.

They threatened to kill her if she did not comply with their orders before taking turns to rape the victim. A report was later made to the police who managed to arrest the suspects in the area.

Police in Murehwa are also investigating a case of rape which occurred on October 31, 2020 when a 13-year-old girl was raped by an unknown assailant at her homestead.

The assailant is alleged to have taken advantage of the victim’s loneliness after first inquiring from her the whereabouts of her other family members before threatening to stab her with a knife and raped her once.