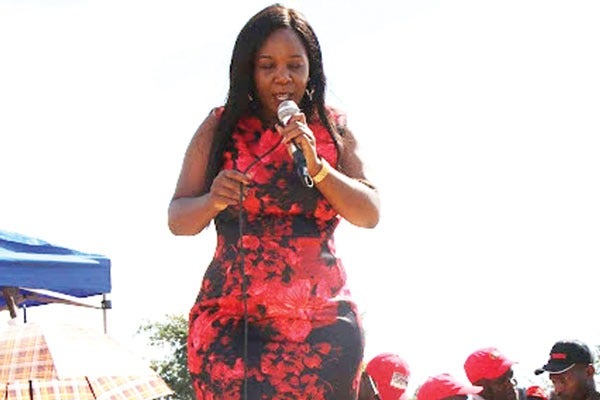 THE two main political parties, Zanu PF and the MDC, have turned their rivalry to the Glen View South constituency by-election amid allegations of vote-buying, intimidation and financial warfare.

The ruling Zanu PF has been accused of deploying the District Development Fund (DDF) to sink 15 boreholes in a vote-buying gimmick ahead of the September 7 by-election.

The boreholes are being sunk in Glen View 1 and 7 under the guise of improving water supplies and fighting cholera.
Glen View, along with Budiriro, another high-density suburb in Harare, was at the epicentre of the cholera outbreak which spread to nine other provinces and killed at least 54 people and infected at least 9 404 last year.

The suburbs do not have adequate supplies of safe piped water, which has led to people using unprotected wells and boreholes.

Orphard Muchuwe will represent Zanu PF, while MDC will be represented by Vincent Tsvangirai.

MDC secretary for elections Jacob Mafume accused Zanu PF of trying to cheat in the polls by using government resources as if they belonged to the party.

“Zanu PF is intensifying criminal abuse of government for election purposes. They did it in Lupane with the letter from the Health minister Obadiah Moyo using drugs to clinics, now it’s DDF being commanded to buy votes,” Mafume told NewsDay yesterday.

The MDC said despite approaching the Zimbabwe Electoral Commission (Zec) so that the vote-buying antics could be stopped, nothing has been done because it benefits the ruling party.

“We complained to Zec about this and true to form they will do nothing. Cheating is in the Zanu PF DNA and we are well aware they will stop at nothing to get power,” he said.

Declaring that the Zanu PF tricks will not work because the people were aware who was behind their suffering, Mafume said: “The people of Glen View will not allow wool hats to be pulled over their eyes. They will vote with their hearts and minds and not for trinkets from Zanu PF which has run down this country and brought untold suffering to the people. Glen View will speak and it will be heard.”

The Harare City Council has already raised concern over the boreholes, saying they are being sunk without regard to sewerage lines and could be setting up residents for potential disaster.

Mayor Herbert Gomba said council decommissioned a number of boreholes in the area because the underground water was contaminated, saying the solution of Harare water lies not in boreholes.

“The solution is Kunzwi Dam, the solution is in investing on a water source and upgrading the existing infrastructure. Boreholes are not the solution to the water crisis in urban areas and our council is clear on that.
We can’t be taking Harare back to stone age,” he said.

Zanu PF has launched an aggressive campaign in the constituency through a door-to-door blitz with youth league secretary for administration Tendai Chirau saying: “It’s a fact that the government of the day is Zanu PF and it does not stop functioning because there is a by-election. The boreholes will benefit everybody regardless of political association. So what Muchuwe is doing is associating himself with the Zanu PF government-led development.

Those who are feeling the pressure because of this position are free to associate themselves with failures which their party registered in turning the urban areas into villages.

“That MDC Alliance is importing non-Glen View residents to stand as MPs is an insult to the people of GV. The people’s vote should be loud and precise as they should vote for a resident of Glen View. Our candidate fits this bracket.”

Politburo member Lewis Matutu said the borehole drilling was not vote-buying, but a government programme happening throughout the country.
“It’s a programme under the vision of President Emmerson Mnangagwa to provide water to the people without access to water and surely Glen View cannot be left without water because there is a by-election. It’s a government programme being driven by Zanu PF, the MDC can’t be crying rivers when they control council and have failed to deliver water to the people,” he said.
The MDC which has accused Zanu PF of holding its funding to cripple its operations, nonetheless is confident of winning the seat.

“We don’t have access to the till, but the struggle is funded by the people and the people will win. It is important that we do not resort to the same morally bankrupt tactics of Zanu PF,” Mafume said.