Gloom in hospitals as nurses’ strike rages on

THE countrywide strike by nurses at public hospitals which started on Friday continued into the weekend with the health professionals saying they would only resume duty after receiving United States-dollar salaries and protective equipment from their employer. 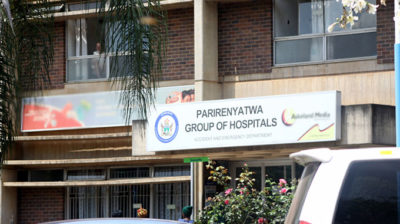 Most major hospitals in Harare, Bulawayo, Gweru and Mutare were yesterday being manned by skeletal staff, mainly student nurses who complained of fatigue.

NewsDay witnessed hundreds of patients being turned away at Victoria Chitepo Hospital in Mutare while the situation was dire at Parirenyatwa Group of Hospitals in Harare where most departments were virtually empty, including the paediatric emergency department which is normally spared.

However, at Chitungwiza Hospital it was business as usual with nurses working normally.

Anthony Majongosi, who represented nurses at the United Bulawayo Hospitals said: “Nurses are still on strike until government agrees to our demands.”

Mpilo Central Hospital acting chief executive officer Solwayo Ngwenya told journalsts that out of 80 nurses stationed at the health institution, only 21 reported for duty on Saturday.

“Yes, it’s still a strike. A total of 21 out of 80 nurses expected to be on duty are at work. No doctors are on strike. A few student nurses and student midwives are also at work,” he said.

Ngwenya said the institution was still waiting for COVID-19 results for the 197 nurses who were forced into self-isolation a few weeks ago after getting in contact with confirmed cases at the institution.

A student nurse in Mutare, who spoke on condition of anonymity for fear of victimisation, said they had no choice, but to report for work.

“We are only few student nurses and general hand workers who have come to work today (yesterday) and we are tired. We have been working since Friday and have only rested for few hours,” she said
Another weighed in: “Yes, we are tired but the situation is even more dangerous as we do not even have protective clothing as we fear the deadly coronavirus. We are students and we have no option but to continue to come work,” she added.

Manicaland provincial medical director Solomon Nyadundu could not be reached for comment.

The post Gloom in hospitals as nurses’ strike rages on appeared first on NewsDay Zimbabwe.