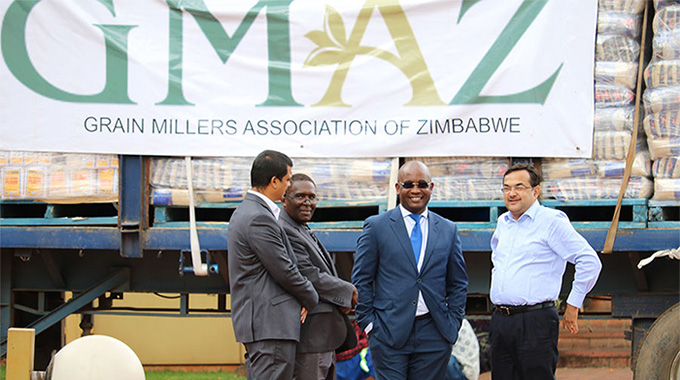 The Grain Millers Association of Zimbabwe (GMAZ) has called upon local road transporters to provide cross-border services for its maize import programme to quickly bring in maize into the country.

The move follows GMAZ’s recent importation of 50 000 tonnes of maize from South Africa, complementing Government efforts to try and save people from starving, as the country anticipates drought.

Speaking to The Herald Finance and Business GMAZ Public Relations manager, Garikai Chaunza said they prefer importing the maize by road to quickly bring the maize into the country for delivery to where people are starving.

“We need to bring maize into the country faster, which is why we considered importing the maize using road than railway which is slow.

“We will consider using railway in the future,” he said.

He further suggested that the call on local transporters was a form of support to the unemployed.

“We need more transporters. We are also doing it to create employment.

“We cannot promote foreign transporters at the expense of our local transporters, we need to support them,” added Mr Chaunza.

Meanwhile, as the Grain Millers Association of  Zimbabwe promised to make sure that the country is supplied with enough grain to sustain people throughout the drought, it said it will continue importing grain from Argentina, Ukraine, Mexico and other countries using free funds.

In December last year GMAZ pledged to extend its feeding programme to schools that were affected by Cyclone Idai in Chimanimani to prevent malnutrition and starvation, after it had  been running a feeding scheme in Cyclone Idai ravaged areas as part of efforts to improve school attendance among pupils from poor families and those who walk long distances to school.